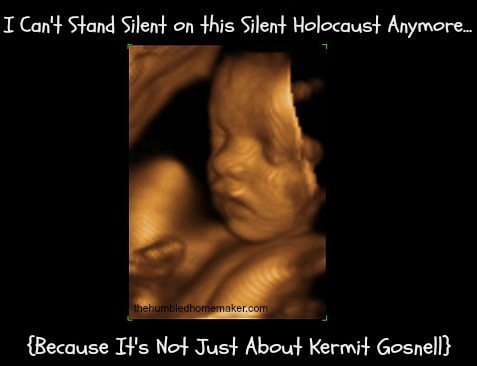 As I write this, I just finished giving my infant a bath. She giggled and cooed and played with her toes and babbled her new favorite word–“mama.”

To think, just 7 mere months ago she resided in my womb, warm and comfortable and nourished and loved. Her first images of the world were blurs of my  midwife and me pulling her to my chest, and her first tastes were of milk and wet kisses.

But I can’t look at her this week without thinking of those babies whose first and only images of this world were of a name I even shudder to type–the abortionist Kermit Gosnell. We all now know how he murdered hundreds of babies–both in the womb and out of it–in the name of “women’s rights.”

He bedheaded them, and they shrieked. He snapped their necks. He laughed at their size. And even killed their mothers.

The gruesomeness is so ghastly that the mainstream media will not do much more than touch the story.

And maybe I should not mention such things either. Maybe I should stand by, quiet. And post on homemade spice mixes and cloth diapers and how my laundry mountain is about to erupt into a live volcano.

But how can I not? How can I remain silent when this goes beyond the trial of a man whose name I do not even want to type again? 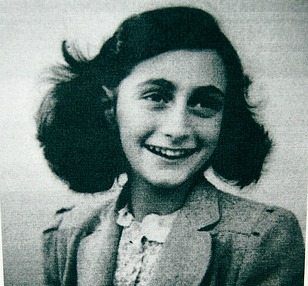 When I was a teenager, my favorite time period to study was World War II. I romanticized the era with the handsome chaps off to war and the women feminine yet strong in their husbands’ absences.

And one thing I just could never wrap my mind around was the Holocaust. How in the world could millions of Jews been murdered right under everyone’s noses?? Human beings! Human beings!

My grandparents were living, breathing, fighting and falling in love. How could they and those like them have just not known?

I devoured such books as The Diary of Anne Frank and Corrie ten Boom’s The Hiding Place. And I hid in my heart the promise to never let such things happen again; my passionate teenage self believed I really could stop such things.

And I had nightmares. Nightmares of those children who never really got to be children. Whose childhoods were taken away in a gas chamber.

And here we are so many years later–in America no less, and things are not much different.

Millions of babies have been murdered in my lifetime. And I…have…done…nothing. 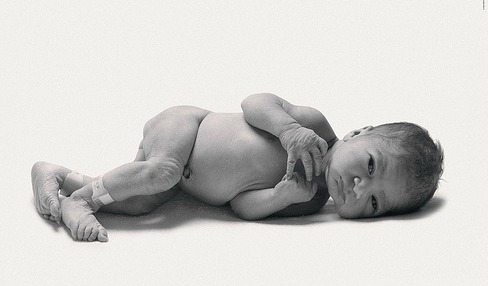 They are children who never got to be children. Children whose lives were taken away in the very place where they are supposed to be warm and comfortable and nourished and loved.

And so what can we do in the stark truth of such things?

I will be honest: In the 2008 election, I posted quite a bit about abortion and the like on Facebook. I had friends who didn’t like what I had to say. And so, during the 2012 election, I stayed away from posting anything of the sort.

This is the first blog post I’ve ever written about abortion. If you are a blogger, write about this. For goodness sakes, write!

Because just how many other Kermit Gosnells are out there?

But if I–if we–continue to remain silent, nothing will change.

2. Give to your local pregnancy resource center.

You can give the gift of money, time or resources. Our local center raises funds by distributing baby bottles for others to collect change in. You can give your gently-used baby clothes, canisters of formula or just a listening ear.

Don’t judge. Don’t throw her out of the church and toss stones. As Jesus Himself said: “Let He who is without sin throw the first stone.”

Encourage her, love her, and do all you can to help her redeem her pregnancy, childbirth and life as a mommy.

4. Love on a woman who has had an abortion.

These ladies are all among us. They are your neighbors, your co-workers, your sisters and aunts and church members and friends. Some are other mommies. Maybe you are one of them.

A tragedy exists in my pro-life culture: We reject the sin and the sinner. What would Jesus have done?

These ladies need to be loved, encouraged, supported, and know that all is not lost. No sin is so great that God’s grace is not greater.

One of the most godly women I know had an abortion. But you know what? She came to know Jesus. His love now permeates from her. Sarah Mae and Marci from The Thankful Homemaker have let God redeem and use their stories as well.

If we talk and support and encourage, Lord-willing, there will be more babies who are born and who will need homes. Who will be their forever mommies and daddies. Will it be you? Or maybe God is calling you to help others raise the funds they need to bring a formerly unwanted baby home.

6. Teach your children that these things are NOT OK. No one else in this world will teach them that. We must.

“How wonderful it is that nobody need wait a single moment before starting to improve the world.” ~Anne Frank

Loaded question: What do you think about abortion? How can we make a difference? 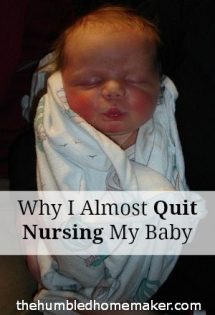 Why I Almost Quit Nursing My Baby 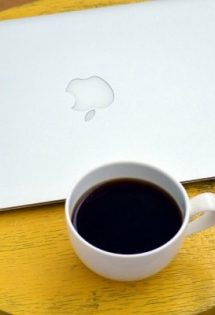 How to Grow a Blog (+ The Ultimate List of Blogging Resources!) 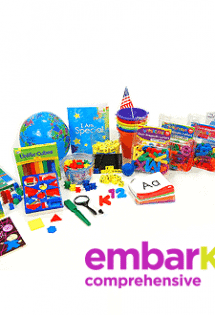