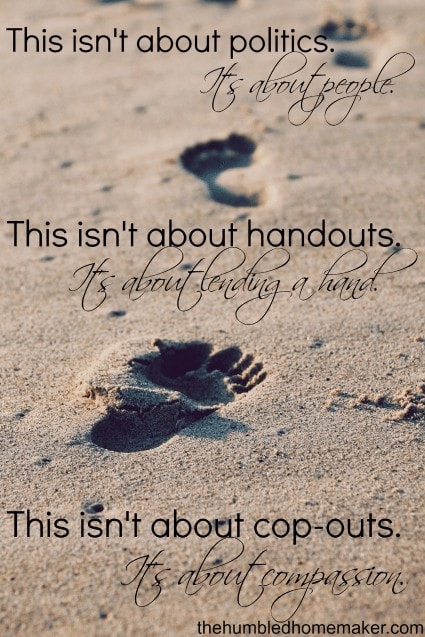 This morning my girls are eating frozen gluten-free waffles, and I’m drinking a piping hot mug of fair-trade coffee.

Sure, homemade is better, healthier and just plain cheaper, but let’s face it: Being the momma of three little ones 5 and under can be tiring sometimes.

Today, Mama needed a break from grinding her own flour and meticulously following an allergen-free waffle recipe to make her own.

But less than a year ago, frozen waffles and fair-trade coffee weren’t a choice.

We couldn’t afford them.

In fact, we couldn’t afford much period. We were living paycheck to paycheck with the help of WIC and Medicaid to make ends meet.

My husband was (and is) a high school teacher (with his masters degree). I am a professionally-trained journalist turned stay-at-home mommy turned blogger/writer/entrepreneur. The two of us together were working night and day and doing everything we could to improve our situation.

We were at the bottom of the middle or the top of the bottom–the working poor. 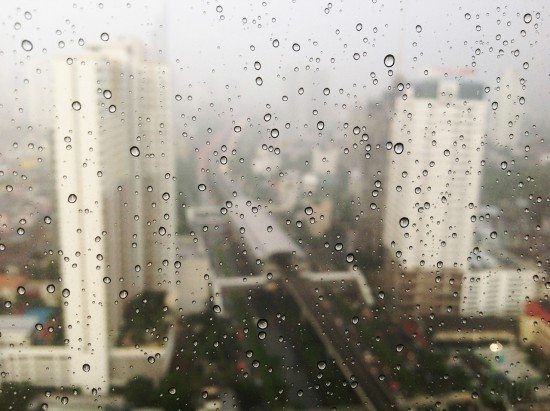 A few days ago, I posted this article on Facebook. The title, “An Open Letter to Paul Ryan” is a bit misleading. Sure, the author was, in a sense, responding to some of Ryan’s recent remarks on the poor in America.

But I am not a political person, so that is not what struck me about the article. The raw, real description of how the poor live and work literally right under our noses is what did.

Some of you read the “letter.” Others scoffed at the title, ruffled their feathers and clicked “unlike” before even giving it a chance, aghast that I, a conservative Christian blogger, would post something so contrary to their beliefs.

These people made an assumption on the article based on the title. It’s an amazing article–an article that, if people would take the time to read it…with an open mind…could foster grace toward those in a tougher situation.

No doubt, poverty in America is a complex issue. It’s not one that anyone will solve overnight.

(And even the definition of “poverty” is so subjective–especially when holding our country up against the rest of the world.)

But one thing we can all individually work on changing is our attitudes.

Those who clicked on the article the other day saw that it wasn’t really about Paul Ryan after all. 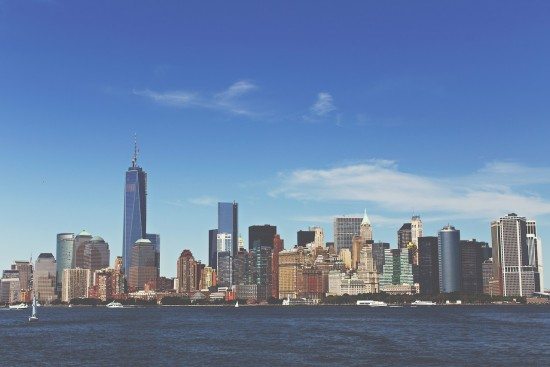 This isn’t about politics. It’s about people.

It’s about people struggling right in front of us every day.

Less than a year ago, my toes were still dipped in that world. I say dipped because, really, our challenges didn’t even scratch the surface of what most experience. (And having lived and served in third world countries, my husband and I still felt “rich” even when deemed “poor” by American standards.)

I pray I never forget my cheeks burning as I pulled out my WIC checks to pay for groceries, feeling like I had to explain to the cashier each and every visit: We aren’t lazy. We do work. My husband has his masters degree, for goodness sake.

Should I have felt ashamed? No. But I had witnessed the judgements against those who accept help, and it haunted me.

I hope I never forget how the telephone calls about our mortgage bills bred anxiety during my third pregnancy. And, despite our best efforts, the stories of foreclosure and bankruptcy I’ve yet to even tell.

How the only way I attended women’s events at church was via scholarship…scholarships that I was too embarrassed to apply for in person. 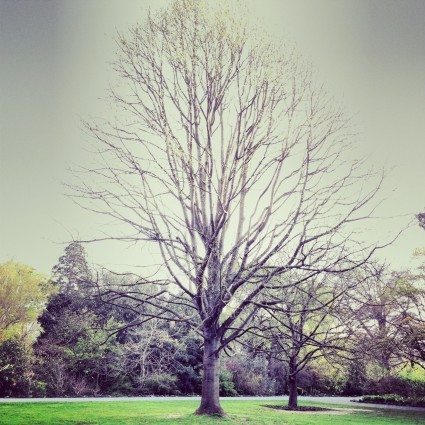 I hope I never forget. I don’t want to forget.

The crazy thing is…I’m thankful I lived it.

I’m thankful this conservative Christian from the South sat in the Department of Social Services and lived among and looked at those teen mothers and desperate fathers and weathered elderly in the eyes and saw them for who they are–people in need of hope.

This isn’t about a handout. It’s about lending a hand.

Sure, there are people who abuse the system. But I can almost guarantee that most of those in need of help are there because they’ve humbled themselves and need some way to silence their little ones’ rumbling tummies.

I don’t believe government aid should be a lifestyle or a permanent fix (except for those disabled). I believe it is a temporary solution–until those who need it can get back on their feet.

(And, really, a whole other post for a whole other day is that…I believe this aid should come from the church in the first place.) 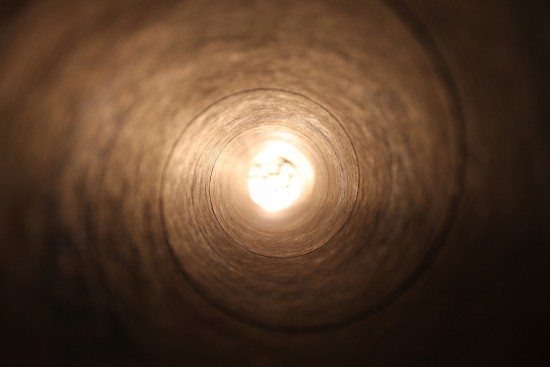 I am a pull-my-bootstraps-up type of girl.  After years of hard work, calling to cancel our Medicaid and WIC was monumental.

But I still remember feeling like there was no light at the end of the tunnel.

That widow wearing the waitressing apron standing in the food stamp line?

She has three mouths to feed, beyond her own. Her heart is so heavy and her hands are trembling so hard that she cannot even still them long enough to grasp hold of her bootstraps.

That elderly man? His bootstraps are so brittle from years of pulling them together that they will soon break if he doesn’t get some help.

The teenage mother? She chose to keep her baby–amidst rude remarks, ghastly glances and snide snickers. Her chest heaves and her legs wobble as she carries her infant into the WIC office to pick up the checks that will put the rice and beans and cans of tuna on her dinner table.

Some people’s bootstraps are so long and tattered, and their hands are so scarred or arthritic, that they have a hard time pulling them up all by themselves.

They need someone to help tie those shoes, hold their hands and help them stumble until they are walking and walk until they can run.

Everyone has a story to tell. And it could be any of us–any of us–in an instant. It only takes one job loss, one tragedy… 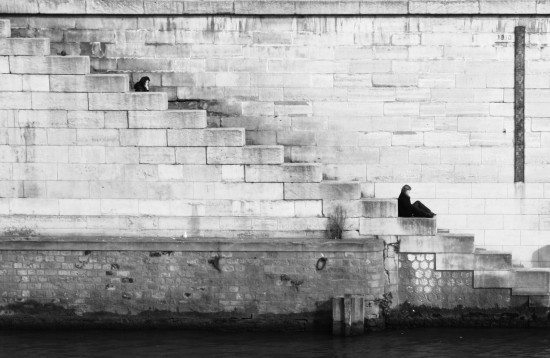 This isn’t about cop-outs. It’s about compassion.

It’s about pulling our heads out of the sand. It’s about knowing that not everyone has the choice of whether to send their kids to gymnastics or dance–but whether to pay the light bill or buy groceries.

Some people have not the choice of steak or chicken but of red beans or white.

Sometimes I feel as if I’m still standing with my feet in two worlds. And I don’t think I want it any other way.

Because perhaps we walked THERE so God could use it in the HERE.

What will it take to turn prideful pity into a picture of grace?

I am only one mommy blogger–a humbled homemaker–but I’m calling for a paradigm shift.

We give at Thanksgiving and Christmas. But people get hungry year-round, you know?

We donate our old clothes to those less “fortunate.” 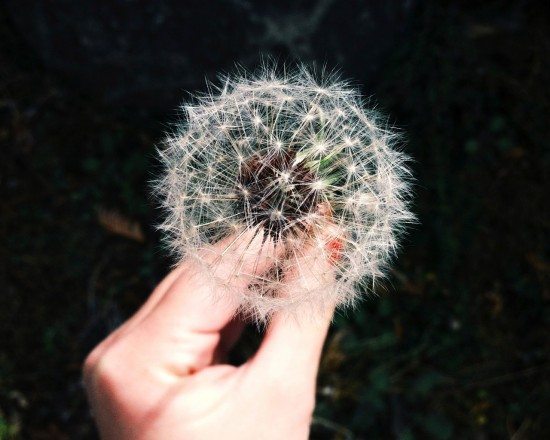 But do we ever look into their eyes? Get in their lives? Admit they are…human?

Why does a compassionate conservative Christian have to be an oxymoron?

Why are those of us who are believers so often divided?

Why do compassion and empathy have to be political issues?

Everyone needs compassion. The kindness of a Savior. The hope of nations.

HE is the hope of nations.

HE, inside of us, changing out attitudes. Gripping our hearts. Evoking empathy.

“The King will reply, ‘Truly I tell you, whatever you did for one of the least of these brothers and sisters of mine, you did for me.'” ~Matthew 25:40 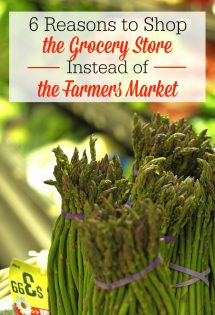 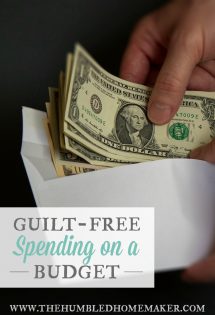 Guilt-Free Spending on a Budget 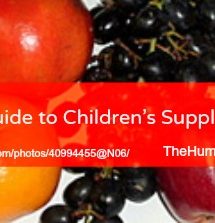 A Simple Guide to Children’s Supplementation
Previous Post The Anti-Viral, Non-Pinterest Way to Be a Great Mom
Next Post More Than Pen and Paper: The Benefits of Journaling