Even during the final days of my pregnancy, I am enjoying the moments and being still while waiting for the wonder of what’s to come. 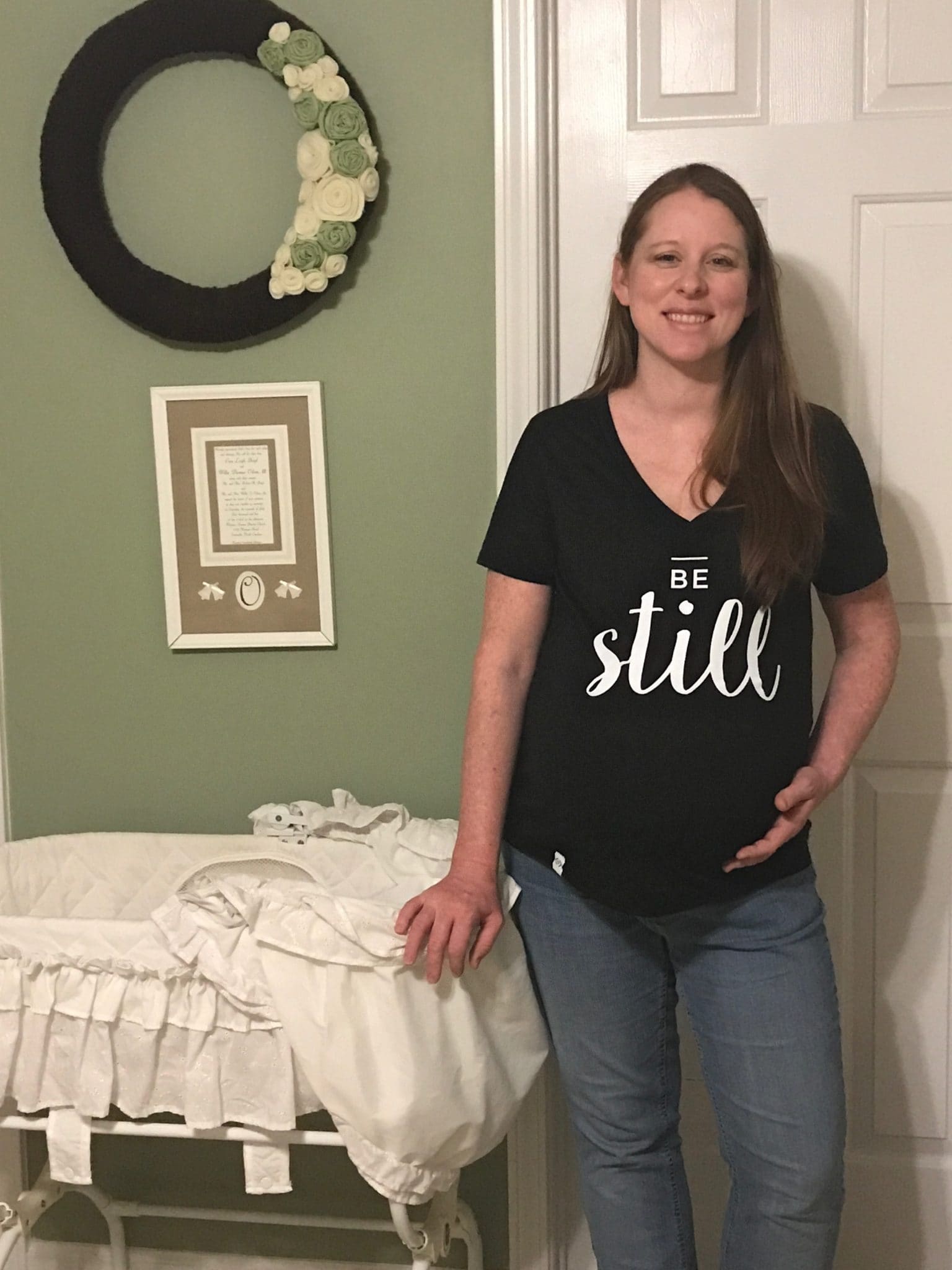 It’s hard to believe that I’ve reached the end of pregnancy. At any moment now, I could go into labor.

After my three girls, I always longed for another baby. At first, my hubby wasn’t on board.

It might sound crazy considering that we already had three beautiful children, but my heart ached for one more.

On Valentine’s Day 2015, Will handed me a heart locket with three little turtle charms inside. He said they each represented one of our girls.

Then he held out his hand, balled into a fist: “Your real present is inside this hand,” he said.

I tapped on it, and he opened it.

It was a fourth turtle.

I wrinkled my forehead, confused. “Um, do you know something I don’t know?” I asked him.

“Am I pregnant? How would you know if I were pregnant?”

Then I tried another scenario: “Are we adopting? Have you already put in for adoption papers or something?”

He laughed again. “This turtle symbolizes that I’m OK with trying for another baby. I know I said I wasn’t before, but I am now.” 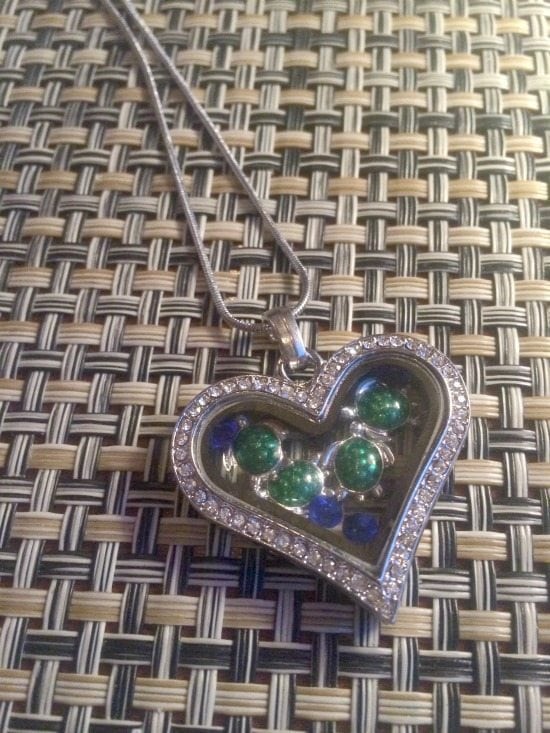 I was over-the-moon excited. I texted several friends the picture.

We didn’t start trying right away, but we said that perhaps Costa Rica–where we met–would be a great place to conceive since we were taking the girls there this summer.

Then, in January of last year, we had some tests run.

And when a doctor told us it wasn’t possible to conceive, I grieved that I would never be able to carry a baby again.

Then, out of the blue, in May, I realized I was five days late. Pregnancy wasn’t my first thought. Instead, I thought: “I’m 35 and skipping a period, and goodness…there must be something wrong with me!”

I researched what it could be, and when I told a friend, she said: “Erin, just take a pregnancy test!”

That night, at 11:00 no less, I took one last pregnancy test I had from before.

The positive sign showed up almost immediately. I wobbled down the stairs with the test in hand.

Will was sitting at the kitchen table.

“No, there’s no way you’re pregnant!” he said. “It’s too late at night for that test to be accurate. And it’s probably old. Re-test tomorrow.”

But the test was right. And here we are, 9 months later, on the cusp of our son’s birth. 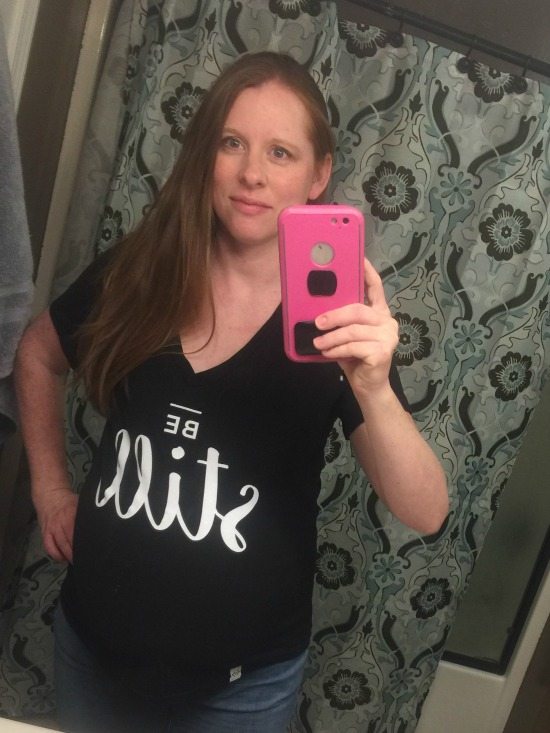 While this has been, in many ways, my easiest pregnancy, the end has come with some definite discomforts:

Cankles? The struggle is real, y’all. I can’t remember if I had them with the others, but I freaked out a bit when I saw how swollen my feet were last week. Thankfully, I’ve learned that a good nightly real salt bath with some orange and grapefruit essential oils can bring the swelling down, so not it’s part of my nighttime routine.

Varicose veins? I had them with the girls, but they popped out super early this time. I’m hoping they aren’t permanent.

Utter exhaustion? Honestly, up until the past few weeks I’ve been fine. While I made it a priority to sleep as much as possible during my first trimester, I’ve had a very hard time sleeping the past few weeks. And the effects are showing up in my days.

Frequent urination? There are many nights that I see every hour on the clock. But those nights when I get up just two or three times are a blessing.

Back aches? Let’s just say: “Praise Jesus for my chiropractor and rock tape!” 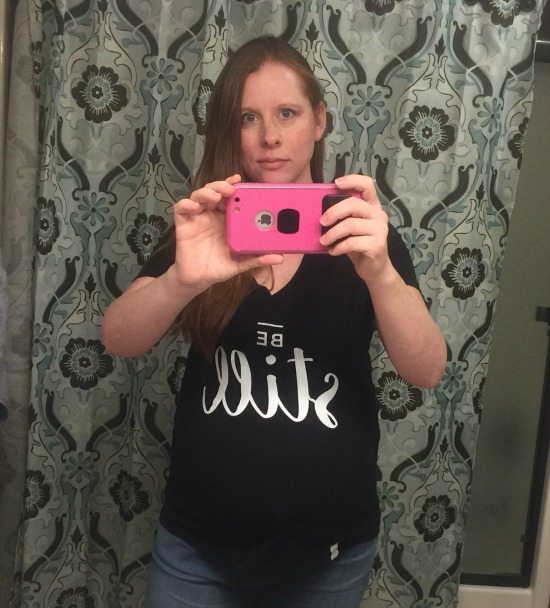 Yet it’s those little kicks. The looking at my mushrooming belly in the mirror and realizing there is life on the other side of it. It’s calling my baby’s name and having him kick back.

All of those could-be-fleeting moments make all of the discomforts worth it.

I was telling someone this morning that this is such a weird phase of pregnancy. Since I’ve always gone into labor at night, every.single.night I go to bed thinking: “Will this be the night?”

Some nights, I think: “Yes, please! Let this be the night!”

Other nights, I think: “No! This can’t be the night! I don’t have the energy to birth a baby tonight!”

Since my 3rd came 12 days past her due date, I could very well have three-ish more weeks before baby boy arrives.

I’m grateful for these little kicks that I never thought I’d get to feel again.

I’m grateful for more time as just a family of 5 before our world is changed (in a good way) by this little boy.

I’m grateful for more time to wash diapers and set up his room and check a bazillion things off my to-do list.

When I was overdue with my third, this quote from Ann Voskamp helped me get through those last days:

“Waiting is just a gift of time in disguise — a time to pray, wrapped up in a ribbon of patience — because is the Lord ever late?”

It’s so good for me to go back and read what the Lord was teaching me then as I prepare for the next few days and weeks.

So, for now, I’m just practicing being still (as much as a busy mama can be!) and waiting for this new precious gift that I thought I’d never have. 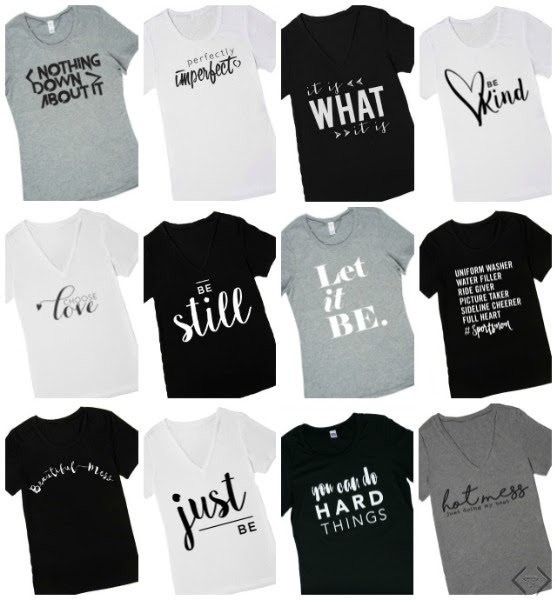 Like the Be Still T-shirt in my pics? Check it out–along with some other inspirational T-shirts from my affiliate partner, Cents of Style. Shop here.

How did you enjoy the last days of pregnancy?

That Thing You Thought Would Never Happen 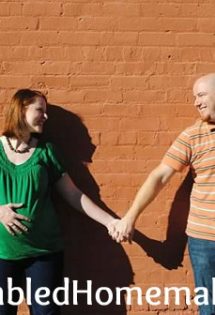 Ready or Not, Here She Comes! 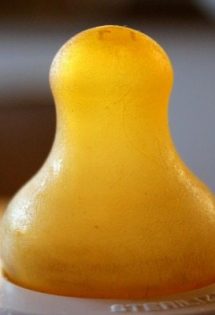 Dear Mom Who Chose NOT to Breastfeed 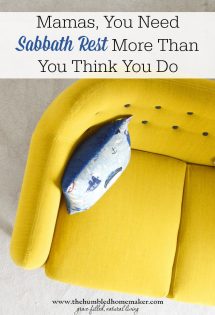 Mamas: You Need Sabbath Rest More Than You Think You Do
Previous Post 5 Wishes for My Daughters
Next Post Natural Cold Remedies: Alternatives to Conventional Cold Medication