I’ve been a night owl my whole life, but I want to make over my mornings! 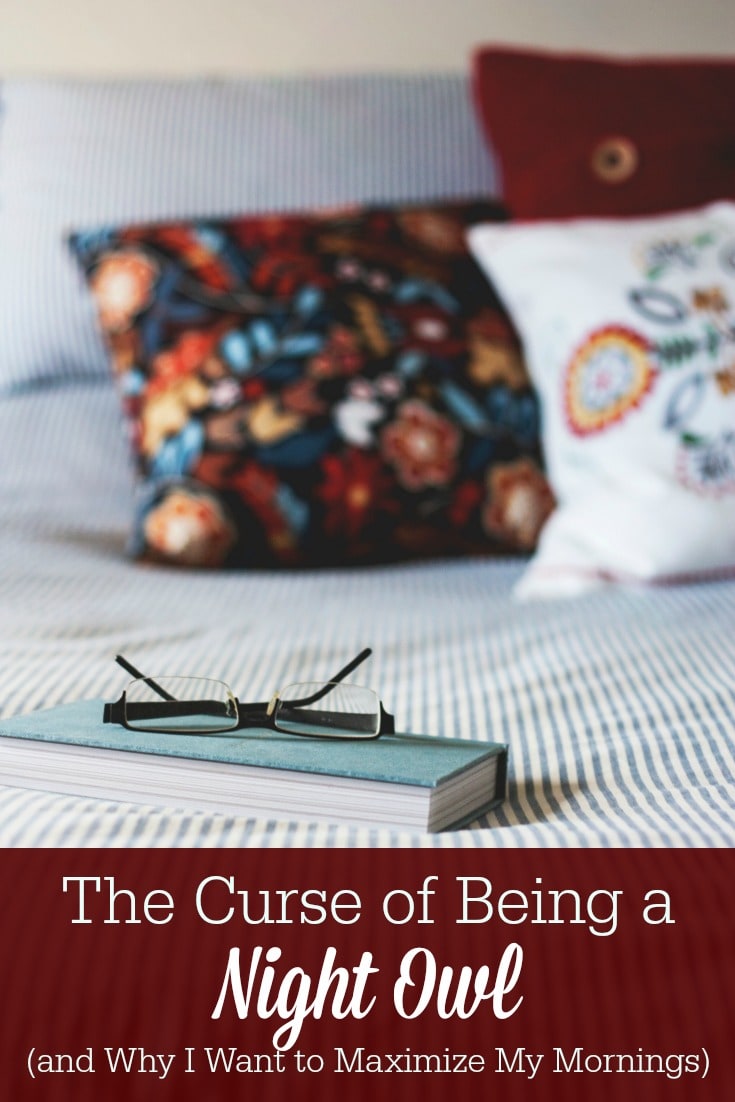 I’ve been a night owl since birth.

My mom loves to tell about how, as a baby, I would stay up until midnight and then sleep in the next day until noon.

It afforded her some much-needed alone time. (And what mama doesn’t want that?!)

But as I grew older, my night owl tendencies continued.

It didn’t seem to affect me much during high school, college, and even during most of my twenties, but once I became a mother, it increasingly became more and more obvious that I couldn’t bounce back after late nights. 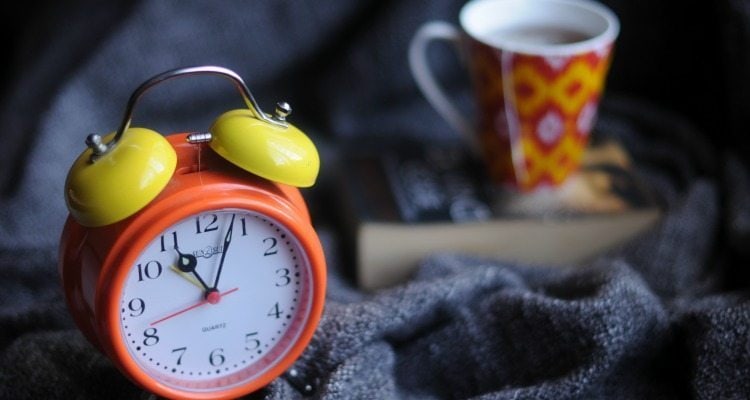 Still, my night owl tendencies get the most of me more times than I would like to admit. Although there have been seasons where I’ve discovered the joys of waking up early, it just takes a few late nights to steer me off course.

Although I believe there are seasons where, for health reasons, it’s OK to sleep in for as late as possible (like while recovering from adrenal fatigue), I wholeheartedly believe that mornings can be the most productive time of day for many moms.

I know this because I’ve seen it in my own life.

Last summer, while my teacher husband was home for the summer, I participated in an early morning workout program that required I be there at 6:00 a.m. It was glorious.

I exercised, read my Bible, and even grocery shopped before my kids woke up!

I started each day with energy from the workout and peace from the alone time with the Lord.

I’m ready again for the dose of sanity that a solid morning routine brings.

There are four main reasons why I want to make over my mornings:

Kat Lee, of Inspired to Action, says she wants to wake up for her kids instead of to her kids.

These words have always inspired me, but more times than not over the past seven years, my girls have been my alarm clock.

The result is that I don’t have time to pray over them before they wake up–because they wake me up!

I am convinced that rising before my kids will result in a much more peaceful home, all throughout the day. 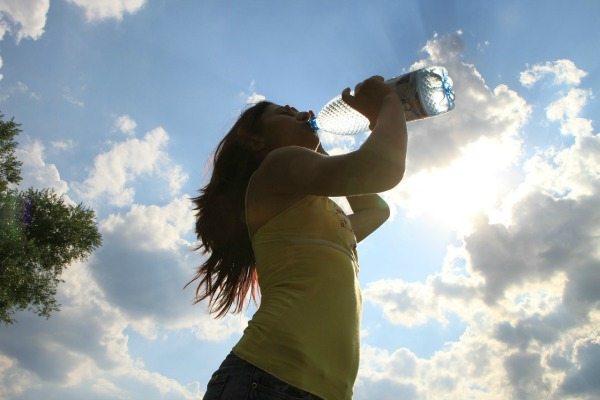 2. I want the opportunity to exercise before my kids get up.

I recently joined the YMCA and will hopefully be attending group exercise classes at various times throughout the day, but I also still enjoy using Fit2B on my ROKU in the mornings.

Previously when I put on a Fit2B workout, it was still waking the girls up based on where the TV is in conjunction with their bedroom.

A few weeks ago, we moved the ROKU to another room, and I think this set up will allow me to exercise in the mornings before the girls wake–that is if I can be disciplined enough to get myself out of bed!

3. I want to spend uninterrupted time with God.

My children are not an interruption to my spiritual life, but I do have to be more disciplined if I want to spend alone time with the Lord.

Sure, I can do that after they go to bed, in the school car line, or when I’m in the bathroom (haha!), but I still find that spending time with God first thing in the morning sets me up for hearing more clearly from Him all throughout the day. 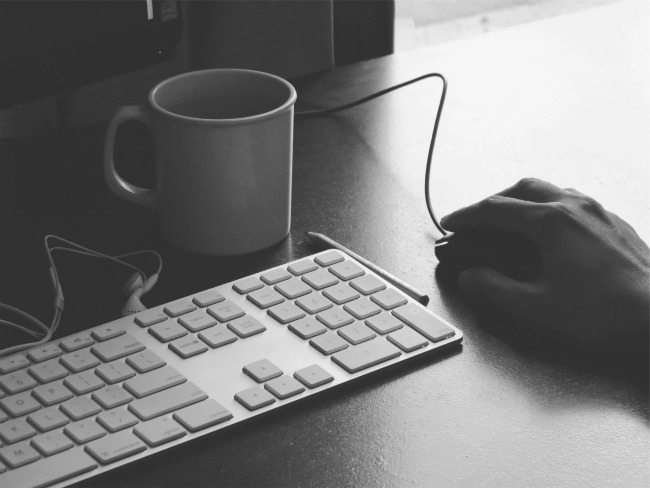 4. I want to be more productive.

Mornings are more productive–period. Even when I stay up late, I do not get as much work done as when I maximize my mornings.

When I practice a night-time routine and get up before my kids do, it feels like time multiplies. I’m at peace, refreshed, and I get double the work done during the day than I do at night.

Of course, the key to morning productivity is to get adequate rest the night before–and that means going to bed at a decent hour! 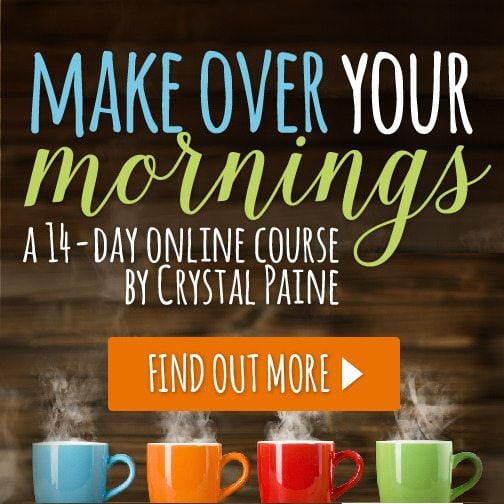 Want to Make Over Your Mornings?

I am beyond thrilled to announce that my good friend and blogging coach, Crystal of Money Saving Mom, has a 14-day eCourse all about improving your morning routine! Make Over Your Mornings comes with a printable workbook and video sessions for each day. The sessions are short enough to not be overwhelming, but they most definitely pack a punch!

Crystal has been an early riser since age 11, and she is an expert on maximizing morning time before her three kids wake up.

She spends time with the Lord, exercises, and runs a full-time business. This gives her room to breathe the rest of the day.

I can vouch for the quality of this eCourse; I’m happy to say that I wholeheartedly endorse it!

You can get instant access to Make Over Your Mornings here now!

Update 2016: Crystal now has a companion course, Make Over Your Evenings! It’s all about setting up a good nighttime routine. Get instant access here!

Are you a night owl or an early bird? Do you want to make over your mornings? What are your suggestions for maximizing mornings? 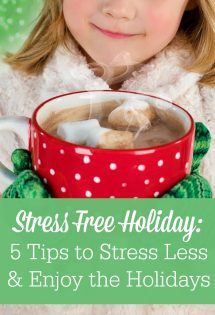 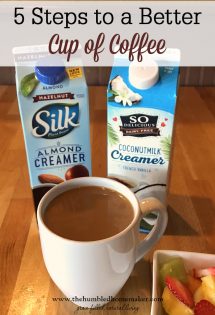 5 Steps to a Better Cup of Coffee 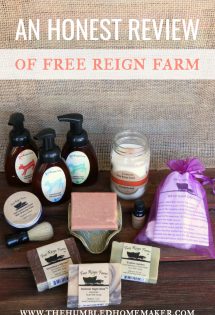