Get FREE bacon for life! 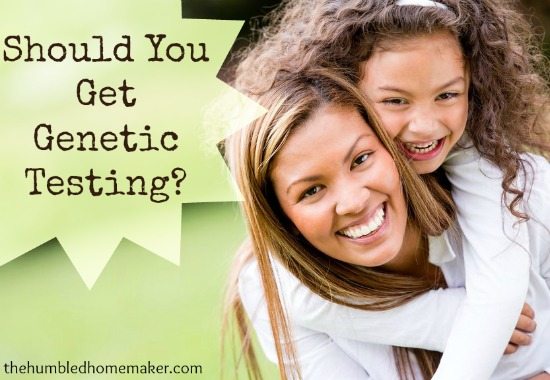 A few weeks ago I wrote what ended up being a controversial post about Angelina Jolie’s cancer preventative breast removal.

There were plenty of people who stated they sympathized–or even empathized with Angelina. But then there were also people who scolded her for being a role model who is modeling drastic measures when it comes to taking charge of one’s health.

What some people may have not considered is that Angelina’s decision to remove her breasts came only after the results of genetic testing.

She knew she was already at a high risk for cancer because of her mother’s own battle with–and resulting death from–ovarian cancer. And so she was tested for the BRCA gene, which puts women at a much greater risk of developing the disease.

Reportedly, her results came back as a 87% likelihood of developing cancer.

I told you in the post that my mother has had ovarian cancer twice, I didn’t blame Angelina for getting her breasts removed and that I couldn’t say the thought wouldn’t have crossed my mind if I had received the same test results.

What I didn’t tell you was that my mother has taken that exact same genetic test.

When I was in my early 20s, I had two breast lumps (about a year or so apart). One was fluid-filled and easily taken care of in the doctor’s office.

But the other was a fibroadenoma cyst about the size of a golf ball. I had to get this cyst biopsied.

It was a very, very scary time.

After the biopsy (which came back negative!), the breast specialist had my husband and I meet with a genetic counselor who explained to us that a certain type of ovarian and breast cancer are related. No, I did not have cancer, but because I was so obviously shaken by the whole experience–and because of my mother’s history–the counselor suggested my mother be tested for the gene. 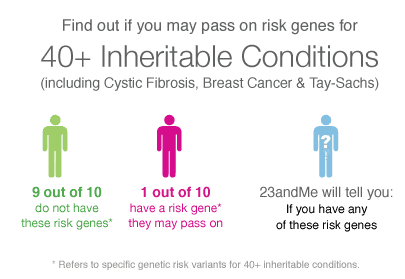 Honestly? I’m thankful we live in a time when we have the option for genetic testing like the ones my mom and Angelina had.

I recently discovered 23andMe, a company which offers genetic testing not only for health risks but even for ancestry! The company up to 240 health reports!

Test kits start at $99, and there is no blood work involved. When you purchase your kit at 23andMe, they will send it in the mail. It is a saliva test, so you will essentially spit in the kit and simply send it back.

Check out the 23andMe website to see which tests are available.

I was selected for this opportunity as a member of Clever Girls Collective and the content and opinions expressed here are all my own. 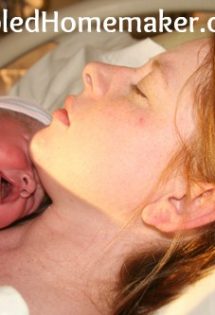 Say NO to GMOs! 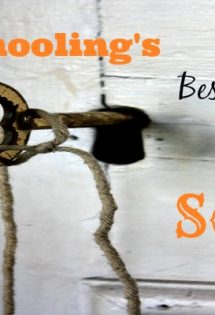 Homeschooling’s Biggest Secret
Previous Post Breast-Kept Secrets: Breastfeeding Advice from One Mom to Another {New Series Announcement}
Next Post How to Prepare for Breastfeeding