The man who will forever embody the character of Gilbert Blythe for a generation of women–actor Jonathan Crombie–died last week.

And Anne of Green Gables fans everywhere, me included, spent the weekend in the depths of despair.

Reminiscing about Gil and Anne brought to mind some ways in which Anne of Green Gables taught me about being a homemaker. 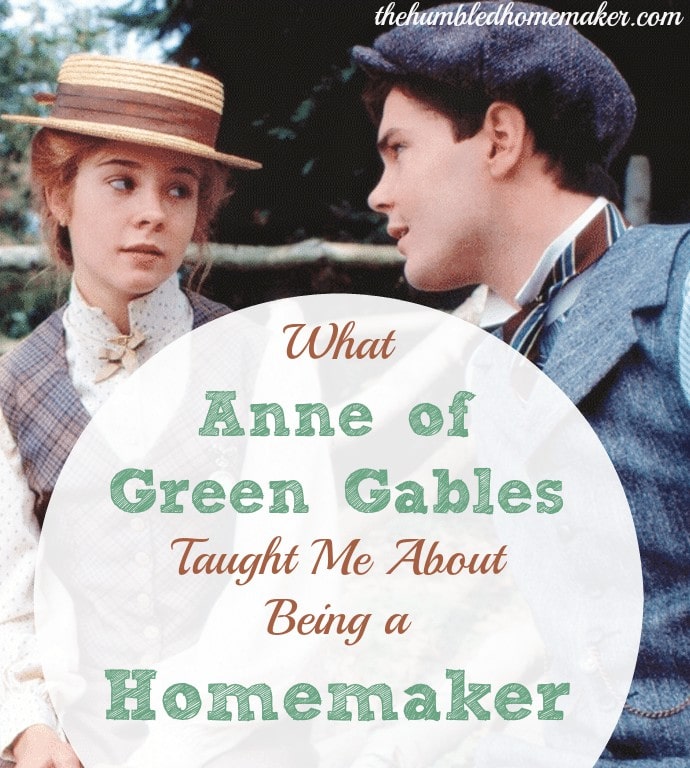 I find it interesting how my favorite female characters from childhood–Dr. Quinn, Medicine Woman, Laura Ingalls Wilder, Jo March, Anne–all foreshadowed some of my personal coming-into-who-I-really-am awakening of my 30s.

Last year, I wrote about what Dr. Quinn, Medicine Woman taught me about being a homemaker.

But Anne will always be my favorite leading literary lady.

I have no idea how I went from its debut in 1985 until 1992 without seeing the mini series Anne of Green Gables, but somehow I had missed it.

In fact, I had never even heard of the novel until then either.

But I remember sitting in my 6th grade classroom in jaw-dropping amazement: This literary character, this Anne with an “e,” was just.like.me.

And I had never met anyone else quite like me. At the time, I thought myself strange compared to the other kids.

They liked to play; my nose was always stuck in a book.

They embraced reality; my head stayed in the clouds with endless imaginations.

They all had brown hair; I was the lone redhead in my family, my school, my life.

After watching both the Anne of Green Gables and Anne of Avonlea movies, I devoured the entire series of novels by L.M. Montgomery. 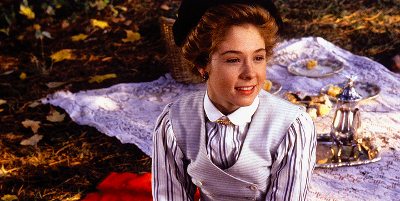 From the depth of her emotion to her endless chatter to her clumsiness and determination to rise above her circumstances, I identified with Anne, my first true kindred spirit.

As I’ve grown into my role of a homemaker over the past few years, I can now see lessons I’ve learned about homemaking from my beloved Anne with an “e”–even before I realized I was soaking in attributes that I would take into adulthood. 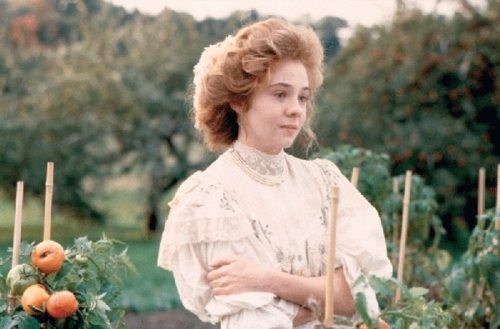 What Anne of Green Gables Taught Me About Being a Homemaker

1. A homemaker can have brains.

Anne was smart. She and Gilbert rivaled each other for the top spot in their class in school and later in college as well.

And she didn’t stop thinking for herself even after she became a homemaker in the later novels that chronicled her married life with Gilbert.

Homemakers can get a bad rap for having no brains, but it just isn’t true! 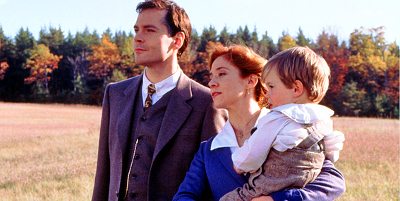 2. A homemaker can do more than keep house.

Anne was a teacher and a writer.

Even though she didn’t write many short stories after she had children, according to L.M. Montgomery’s final Anne novel, the little-known The Blythes are Quoted, Anne continued writing poetry.

3. A homemaker can ask for help.

In the later Anne of Green Gables novels, Anne’s domestic duties come with the aid of a live-in maid, Susan Baker.

Now, we live in a different day and time than Anne did–and very few of us can afford live-in maids (I know I can’t!), but this shows me that Anne knew when to ask for help.

In a time when homemakers like to feign that we can do it all, it’s important to remember that we can’t.

Asking for help isn’t just a good idea; it can be vital to the well-being of our homes!

4. It’s never too late to learn how to be a homemaker.

For the most part, Anne was raised in children’s homes before moving to Green Gables.

Yes, she learned how to help care for children during her time living with other families, but she felt a bit out of touch with other domestic skills when she arrived under Matthew and Marilla’s roof.

Whether it be learning to distinguish raspberry cordial from currant wine or remembering to cover the plum pudding with a cheese cloth, Anne learned from her mistakes. 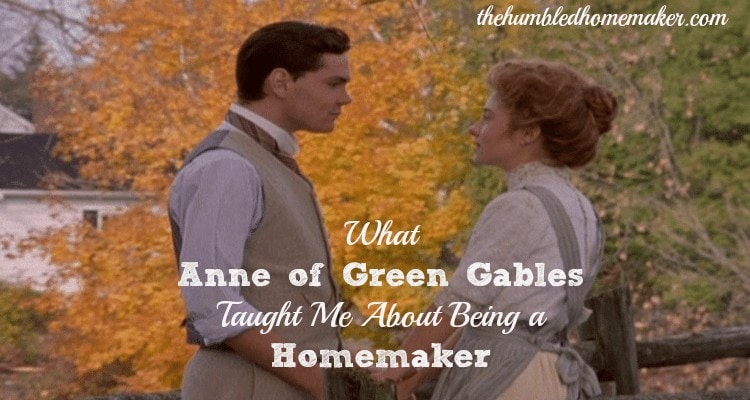 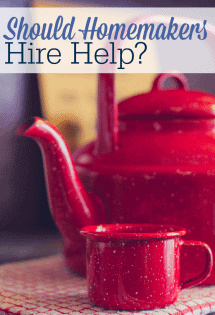 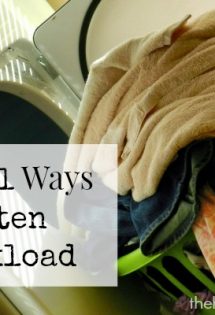 5 Practical Ways to Lighten Your Workload 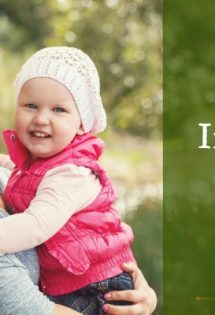