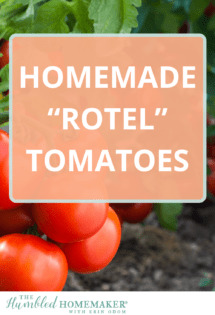 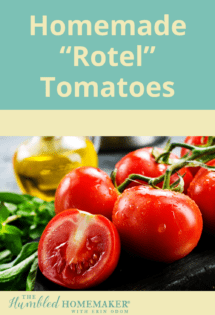 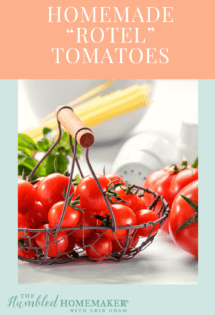 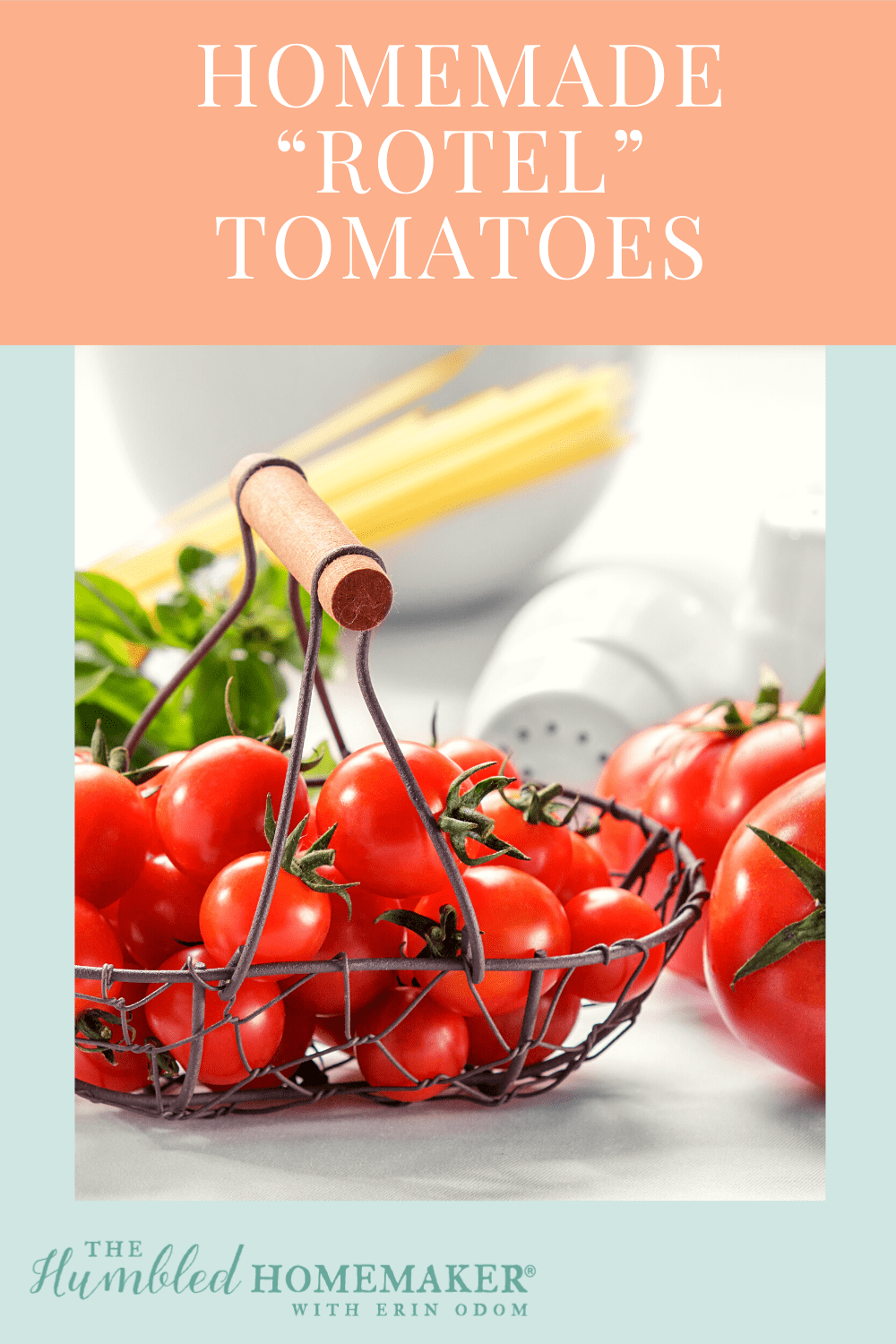 Last summer, our modest garden exploded with peppers and tomatoes! And what better use for such healthful veggies than to make homemade “rotel” (tomatoes and peppers)?

There are several reasons I’ve been on a quest to learn how to make everything in my kitchen from scratch (not that I will always make these things from scratch, but I want to at least know how!): 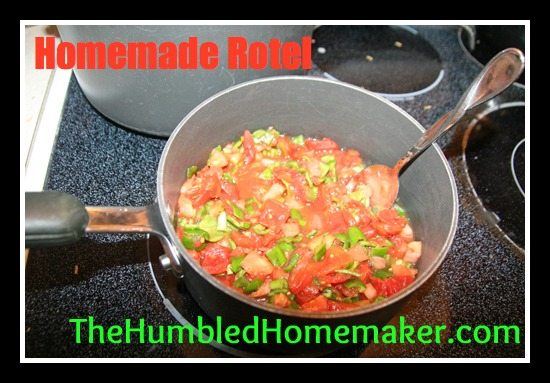 So when we accidentally planted the mildly hot Anaheim pepper last year, I needed to find a use for it. At the same time, I discovered this recipe for a white bean chicken chili, and it called for “rotel” tomatoes.

This recipe is very simple and easy to make. And if your garden’s exploding with peppers and tomatoes, this might be the recipe for you! 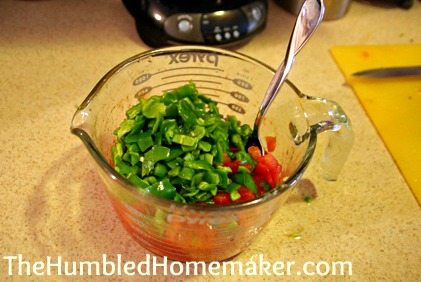 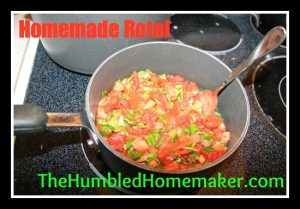 1 cup is equal to about one 10 oz. store-bought can of Rotel. (I imagine you can also can this recipe, but I've never tried it.) 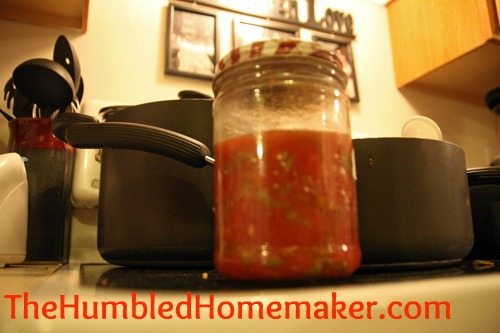 What are some ingredients that you like to make from scratch? 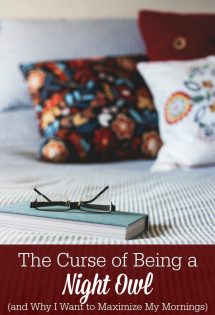 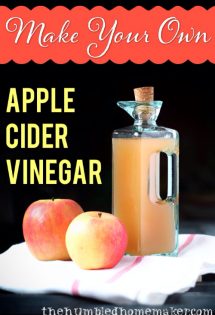 Make Your Own Apple Cider Vinegar 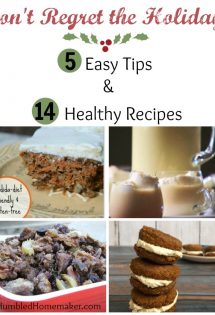