Postpartum depression is scary, but there is hope! Here is encouragement for the mom with PPD, from another mom who’s been in your shoes. 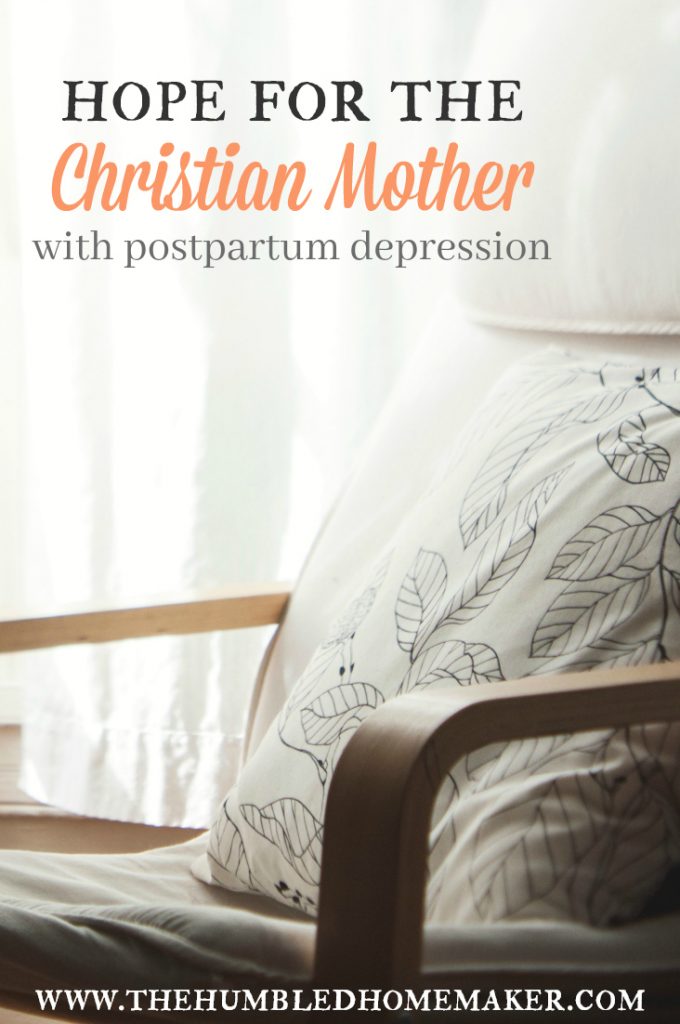 Honestly, I don’t know much about clinical “postpartum depression.”

I remember one day when Sam was a week old. I had hardly slept in a week. After fifteen minutes of pleadings, and “you shoulds” and, finally, an order from my husband, I shirked upstairs for a nap. I sat on the bed. I cried. I prayed.

I begged God to protect Sam if I fell asleep. Although exhausted, I couldn’t sleep. I felt like I was going to throw up because I knew something bad was going to happen. This became frequent; worry overtook sleep.

One time I was nursing Sam. I remember looking down to see his little feet, and thinking something like, Is that my baby? Those feet look so unfamiliar, and here I am, nursing this baby. This feels odd…I felt out of place and afraid.

I found it difficult to soothe Sam when he cried, which was often. Eventually we discovered that his allergies to milk, egg and peanut were causing a myriad of troubling symptoms. But at the time he just seemed inconsolable.

One time I was holding him when he began to cry. I just wanted him to stop. I think I shoved more than handed him to my mom, uttering something along the lines of, “Here – help…”

I always knew these feelings weren’t “right.” What kind of a tired young mother can’t take a nap? Who doesn’t gush over her own baby’s feet? Of course babies cry – what kind of a mom can’t stop thinking about herself enough to calm down a fussy baby?

So then came the worst feeling of all: guilt.

I was so, so ashamed of what a bad new mom I was. I constantly berated myself for not enjoying this time, for not being a happier mom, for crying too much, for being too worried.

I wondered how I could have made such a horrible mistake in thinking all my life that I wanted to be a mother, when, obviously, I was so terrible at it.

Gratefully, I had a strong support system, and everyone realized quickly that I was suffering from PPD or postpartum depression.

And then I did a lot of things I never pictured myself doing. I broke down in the doctor’s office and asked for help. I moved in with my parents for a few weeks. Daily, I prayed with my husband for strength just to make it through the day. 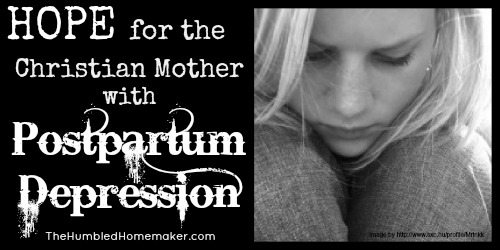 I met weekly with a kind, wise counselor who listened lovingly and promised that the Lord would use this time for good. I also met with a loving pastor’s wife who had also struggled with PPD. She accepted me, and shared her own weaknesses.

As my husband and I watched 24, as I went for a run, as I sipped on coffee chatting with my cousins, I began to heal. Although sometimes I felt guilty for enjoying time away from Sam, these “normal” moments rejuvenated me.

Along with my own, I know that all my family (and who knows how many others they had elicited) were praying. He is a God who hears.

For as traumatic as my struggle was, it’s amazing how quickly I healed. It was the most amazing moment the first time Sam laughed. I laughed too, and cried for joy. He was such a wonderful baby! I liked this after all!

And before I knew it, all that darkness seemed like a distant fog.

As I healed, I promised myself that I would use my struggle to help other moms.

If you know someone who might be suffering from PPD, three things are especially important:

Now, I wake up everyday thanking God that I’m a mom. I still struggle with anxiety at times, but not a trace remains of that scary time of before. And, (as if you need another reason to adore chubby toddler feet) every time I see my boys’ little toes, I smile at the visible reminder that the Lord replaced my darkness with his goodness and light.

Jessica Smartt blogs about motherhood, faith, cooking for allergies, and homeschool preschool at “Smartter” Each Day. She enjoys poking fun at the everyday challenges of motherhood, sharing yummy allergy-free recipes, and sharing how God still loves her no matter what phobia she has recently developed. She lives in Concord, NC with her two boys, three and one, and her cute hubby. Check out the blog and “like” on Facebook! 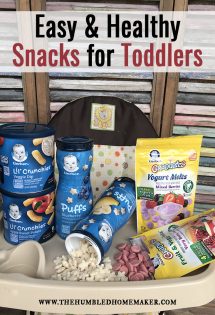 Jumping on the Gluten Free Bandwagon 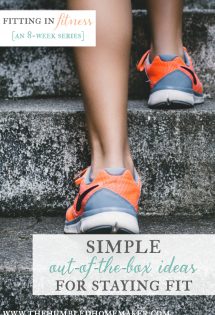