Welcome to this week’s edition of the Breastfeeding Mini Series.

Today it’s all about nursing strikes.
Many people confuse nursing strikes with early weaning, but babies typically do not initiate true weaning until they are over a year old, and it’s usually gradual.

With a strike, a baby will stop nursing suddenly and may have difficulty latching. 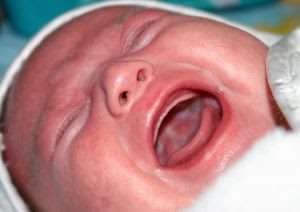 Back in July, my son (then six months old) went on a nursing strike. It was very sudden, and he refused to nurse for six days. It all started after I’d been gone for the majority of the day, which is something he’s not used to. I had pumped plenty of milk for him, so my husband could feed him while I was away, but unfortunately, he only ate enough to take the edge off his hunger and then refused the bottle.
The following day (and for the next several days) when I tried to nurse him, he arched his back, began crying, and resisted the cradle hold for nursing. Since I’d never experienced this before, I turned to La Leche League’s website, breastfeeding books, and Kellymom.com. I tried a variety of nursing positions, and on the rare chance that I managed to get him to latch, he would suck for a second or two and then unlatch screaming.

I gave him pain relief in case of teething, but it didn’t solve the problem. He wasn’t sick, and ear infections were ruled out, so the problem was elsewhere.

I followed the tips from my breastfeeding support resources. I wore him in the sling and mei tai, keeping him skin-to-skin as often as I could. I put the pacifiers away so that when Ben needed to comfort suck, I was available.

I made sure to drink Mother’s Milk Tea and rest when possible.

We offered the breastmilk in bottles and droppers, but sadly, it only made Ben angrier. He adamantly refused a bottle of formula. I was pumping in an attempt to maintain my milk supply, but my body has never really been able to produce much with a pump, and didn’t do well under that level of stress.

By day 6, I was exhausted, frustrated, and in tears.

My milk supply was beginning to decrease. He was crying and hungry. I even started to think that maybe he didn’t like me anymore.

That night was the end of my rope, so to speak. After a heart-to-heart with my husband (who was a real trooper through all of it) I decided that if my son kept refusing to nurse, I would quit.

At bedtime that night, I thought I would try one last time to nurse him. We set up a bed in my craft room, turned all the lights off, closed the door, and I tucked him in the bed with me, skin-to-skin.

I considered it my chance to bid farewell to our nursing relationship. So imagine my surprise when he nursed all night!

So why did this whole ordeal happen? We had an otherwise healthy and happy nursing relationship. What causes a nursing strike?

According to La Leche League and Kellymom.com, there are many factors.

For us, it was important to be alone in a quiet, low-light room, so he could hear, feel and smell only me. I didn’t force him to nurse, but acted very relaxed and gentle in the interest of creating a no-stress environment. It took a month to get our nursing routine and my milk supply back to a good place, but we succeeded and have continued breastfeeding with no further issues.
What can you do to help someone who is dealing with a nursing strike?
It’s a tough thing to go through, and sometimes people don’t understand how emotionally and physically taxing it is for the mother and baby. If you’re experiencing or know someone who may be going through a nursing strike, offer them plenty of encouragement and support. If they have other children, offer to watch them so the mother and baby can relax with no distractions or outside demands. Point them towards other experienced breastfeeding moms, and make sure they have good resources to rely on, like La Leche League.

Keep your focus positive and support the mother in making informed and healthy decisions. Above all, offer a listening ear. There are plenty of doubts and questions swirling around that sometimes just need to be released. In fact, it’s a big stress reliever.

For more information and insight into nursing strikes, these are very helpful links:
Have you ever experienced a nursing strike? How did you cope?
Author Bio: 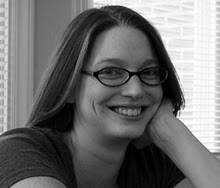 Taylor is a SAHM to a sweet toddler & snuggly baby boy, and has been a nursing mom for nearly two years. In between diaper changes, laundry, and scrapbooking, you’ll find her writing about a variety of things at her blog, Mama Java.
Do you enjoy reading The Humbled Homemaker?  Subscribe to receive posts: 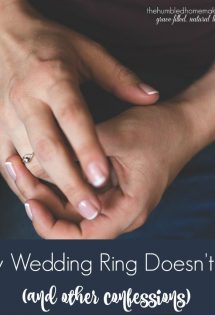 My Wedding Ring Doesn’t Fit (and other confessions) 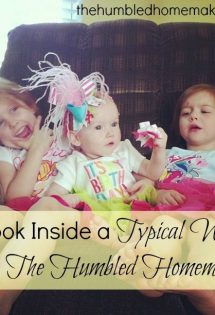