I received compensation for my review of this product but all opinions are my own.

It seems like yesterday that I was changing my first baby’s diaper. But now the baby years are over. And now I know that you never know when that diaper change might just be your last. 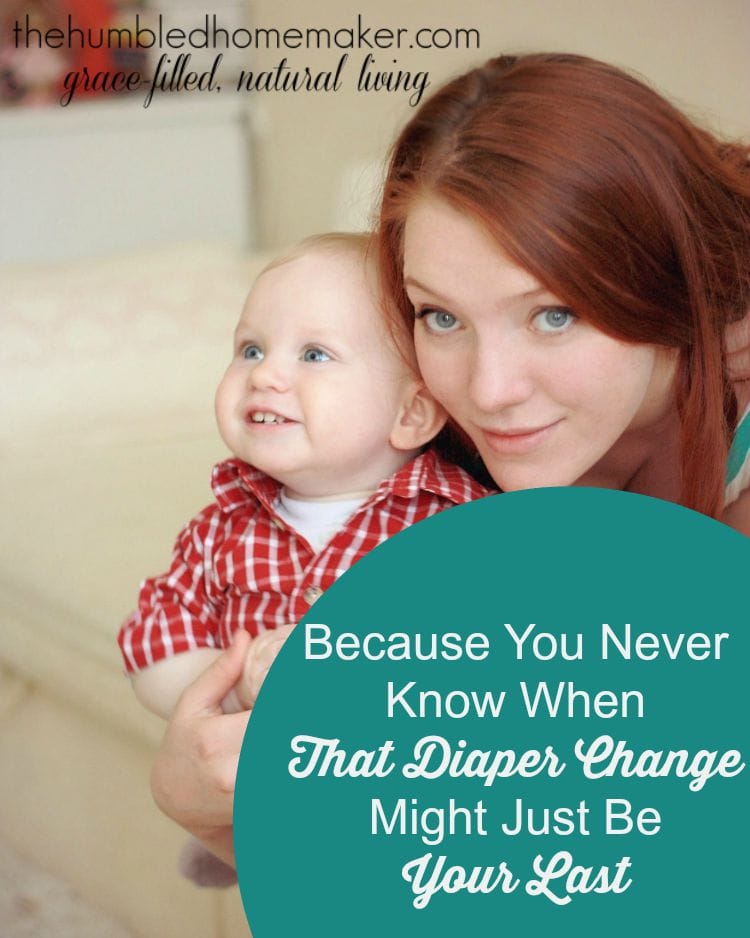 When I was expecting my second, my then-2-year-old asked me every single morning: “Mommy, carry me! Carry me down the stairs!”

Most days I hesitated. After all, I was pregnant, and I didn’t want to hurt the baby.

But I carried her anyway, until the final month or so.

She continued to ask me to carry her down the stairs for years. There have been many days where I would carry one child on each hip and hold onto the railing for dear life. Even when they could clearly make it up and down those steps themselves, for some reason, they wanted Mommy to carry them.

It didn’t occur to me until this summer that my 7-year-old never asks me to carry her anymore. I don’t know when she stopped, but she did.

In June, on a family vacation, she and I had a bike wreck. She experienced the brunt of the accident, as her clumsy Mama ran into her, and she couldn’t walk.

I tried to carry her back to our cabin. It was only half a mile away, but after walking a few steps, it was clear that I couldn’t do it. I could lift her, but I could no longer carry her that far.

Her Daddy had to come rescue both of us on a golf cart.

I don’t know when was the last time I carried my firstborn baby, but I won’t be carrying her again.

Can I hold her on my lap still? Absolutely. I will for a long time yet. But there will come a day when she’ll be too big for that as well. 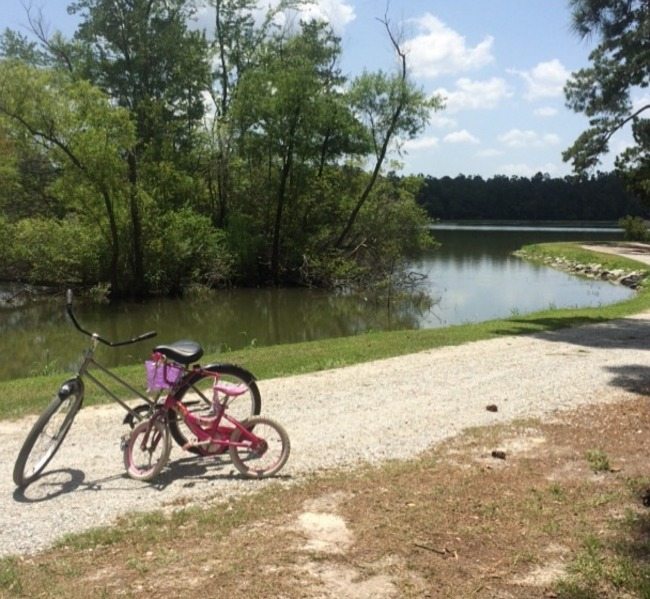 The old adage is true: “The days are long, but the years are short.”

It wasn’t until my first–now 7–was well into her toddler years that I read that saying. Because I was deep in postpartum depression at the time, I felt a twinge of guilt when I did, but I didn’t totally believe it.

Because over 1/3 of my firstborn’s childhood is over. Because my middle will start kindergarten next year. Because my youngest is no longer a baby.

She turned three a couple months ago. And just like that, it seems, the baby and toddler years are gone.

But, now, the fog is lifting. For the most part, my children sleep through the night. They can feed themselves. They have all their teeth (and my firstborn has even started losing hers!). And we are a diaper-free home. (Can I get a “Hallelujah!” on that last one?!) 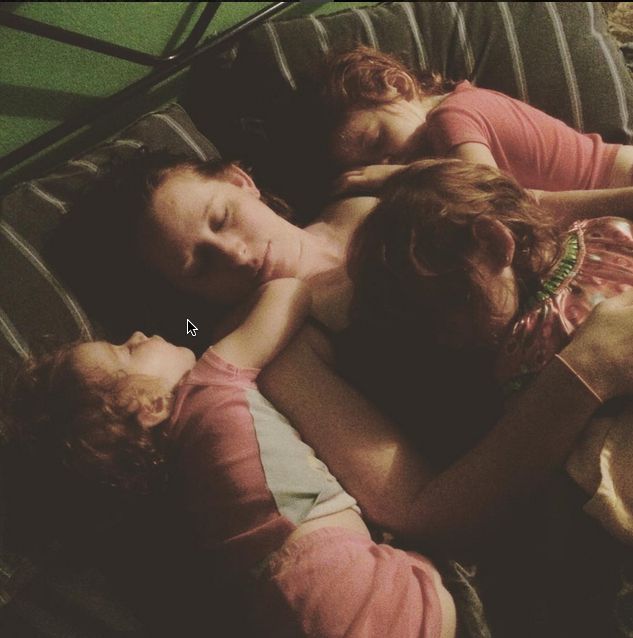 With my first, I couldn’t wait until she potty trained (and that strong, strong girl kept me waiting until she was four years old!).

With my second, I promised to savor the baby and toddler years a bit longer.

But with my third, all of the firsts came in a whirlwind. While mothering her big sisters along with her, so much of her first three years seem to be a blur.

And while there were days and nights when it seemed this season would never finish, it did. Just like that.

Dear mama, when you are knee-deep in diapers and sore from cradling your baby through feedings and cuddling through teething pain and sickness and kissing those never-ending boo boos, know that this time will end, and you never really know when it will.

Yes, friends, the days are long, but the years are short.

As one season melds into the next, that little nursling will suckle less. Even though I breastfed my three daughters much longer than the norm for our culture, I cried my way through an ALDI shopping trip the day I realized my youngest child was weaning and that I would probably never breastfeed again.

Because her older sisters took longer to potty train and she is my last, I was not in a rush to usher in toilet training with my baby.

Little did I know she would wake up one day and determine that she was, once and for all, all done with diapers.

“Mommy, I use the potty now!” she bounced into my bedroom one morning and announced.

As I had fastened on her diaper the night before, I had no idea this milestone would greet me the next morning and usher in the end of the season with teeny tinies and begin a new season with kids who can have real-life conversations with Mommy and need her less and less each day. 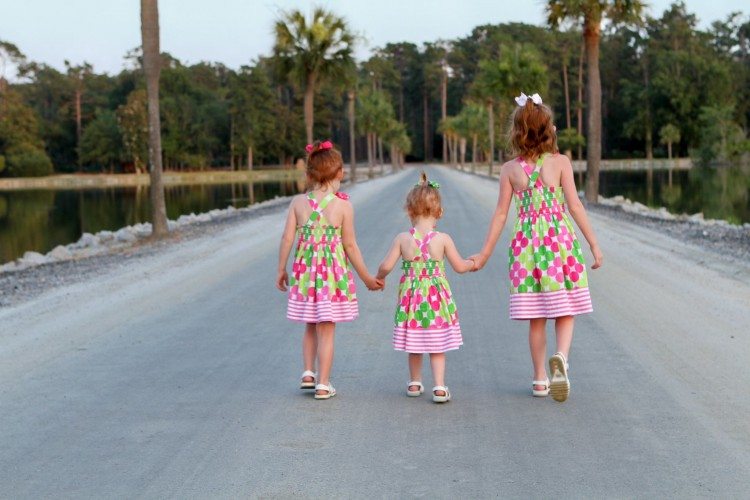 Dear Mama in the trenches, I was you. I was you not very long ago at all. I was you, with babies on my hip and toddlers wrapped around my ankles and preschoolers asking me to color with them.

Do I have regrets that those years are over? Some. But for the most part, I am glad that after my first, I learned to savor a bit longer.

Although it’s easy to mark those first-time milestones, I soon realized that it was more difficult to recognize the lasts in their moment.

Because it’s so true that you never know when that last diaper change might just be your last. 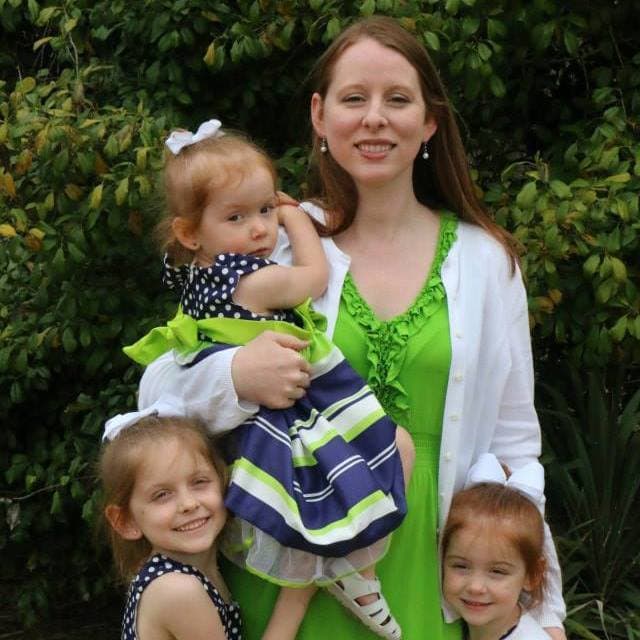 Almost five years ago, while I was still in the trenches of baby and toddlerhood, I began this blog in order to encourage other mamas just like me. At the time, I was learning how to navigate brand new motherhood, and I was eager to learn, especially, how to create the healthiest home possible for my children.

If you are there, Mama, check out my Natural Motherhood archives for posts that will encourage you and give you my best recommendations for safe, effective products to use during the little years with your precious ones.

A few, quick suggestions include Kawaii cloth diapers or Seventh Generation disposable diapers for diapering and Baby Orajel™ Naturals Teething Gel, which is a homeopathic formula that is paraben-free.

What are some ways that you savor each milestone of your children’s lives–whether it be a first or a last? 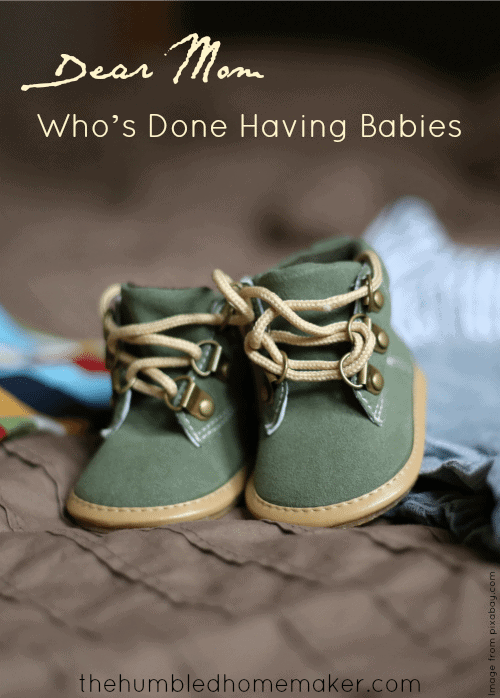 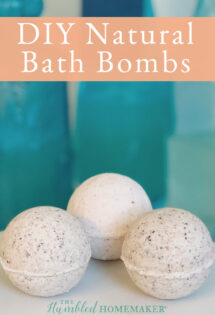 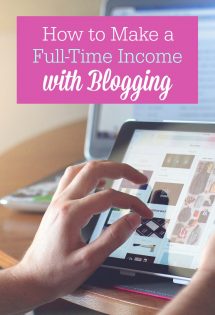 Make a Full-Time Income Blogging: I’ll Show You How! 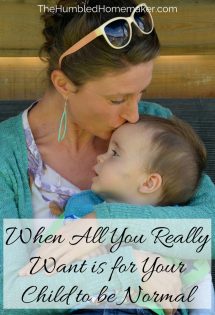