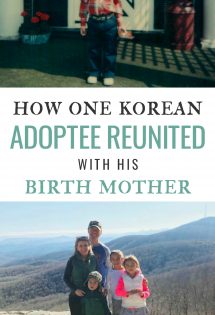 My friend Lee is a Korean adoptee who spent nearly 40 years of his life not knowing if he would ever be reunited with his birth mother. I am so honored and humbled to get to share his story with the world! 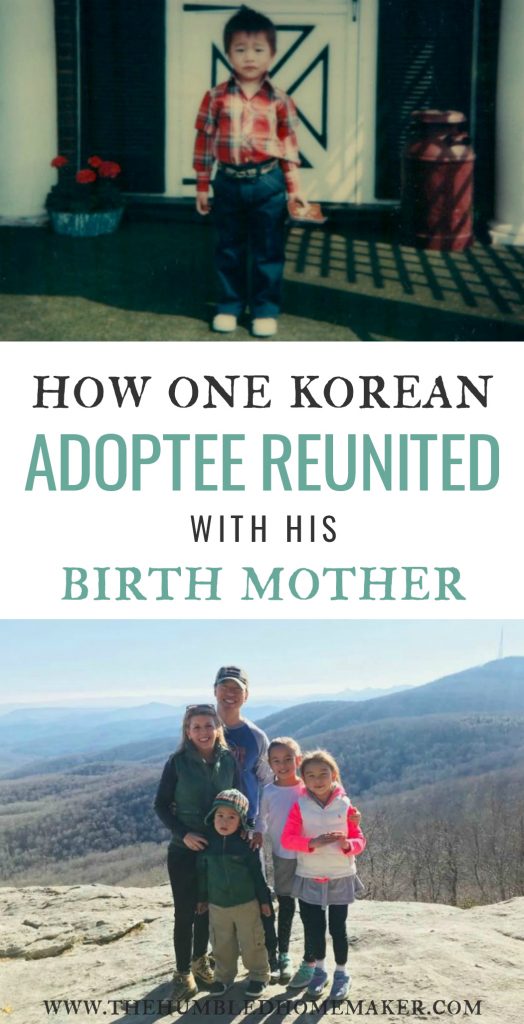 I don’t normally write human interest stories for this blog, but before I began blogging they were my favorite type of stories to write for the newspapers where I worked. A few months ago, I had the opportunity to write about my friends Lee and Kelly. His story brought tears to my eyes and warmed my heart. I am in awe of God’s work in Lee’s life. I hope his story will inspire you as much as it did me!

In 1980, a 5-year-old Lee Korak flew across the world from his native South Korea to suburban Wisconsin, where a loving adoptive mother, father, and older sister awaited him with open arms. Lee soon lost all memories of his birth family and country of origin, and for the next 37 years he had no information or knowledge of his early years or Korean family.

Despite the nurture and care of his adoptive family, throughout his childhood and adolescence Lee battled feeling out of place. More than anything, he wanted to fit in. He resented being different. Being Korean. Being adopted. He lived his life as if it began as a 6-year-old American boy. 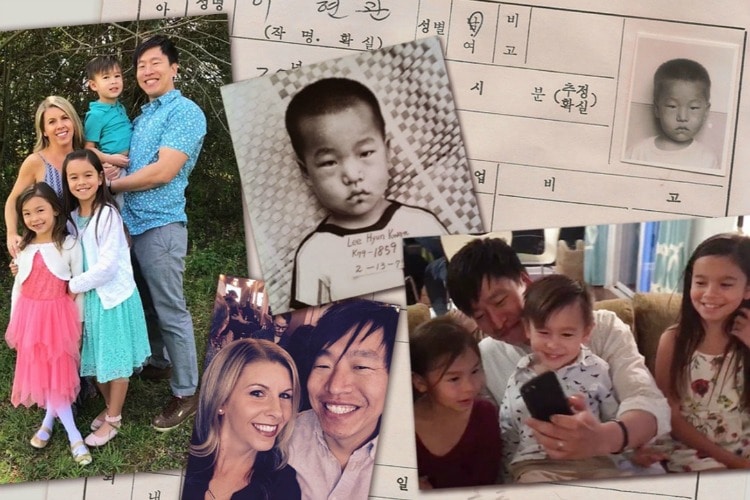 Lee didn’t begin to explore his Korean roots until his late 30s, when he became a father himself. Meeting his newborn daughter—his first blood relative–in 2008–was the catalyst for more deeply exploring his heritage. For the first time, Lee was able to look into the eyes of someone who shared his features, who shared his DNA.

But it wasn’t until 2012 that Lee truly began to grieve the loss of his birth family and acknowledge how the trauma of his early childhood was affecting him in negative, unforeseen ways. After attending a Christian men’s ministry event called Marked Men for Christ, Lee was able to see that what he had previously believed about himself—that he was unlovable, worthless, and easily discarded—were all lies. Through the Marked Men for Christ ministry, Lee was able to claim the truth that he had always been cared for, loved, and belonged. This began the healing journey that Lee continues on today. Part of this journey has led Lee to further reconnect with the Korean part of himself that he had buried and been ashamed of in his youth.

In 2017, via a Facebook group, Lee connected with other Korean adoptees from the orphanage he was placed in as a child. In early 2018, the group highlighted the contact information of an English-speaking nun who had worked at the orphanage—now transitioned to a daycare center—since the 1970s. 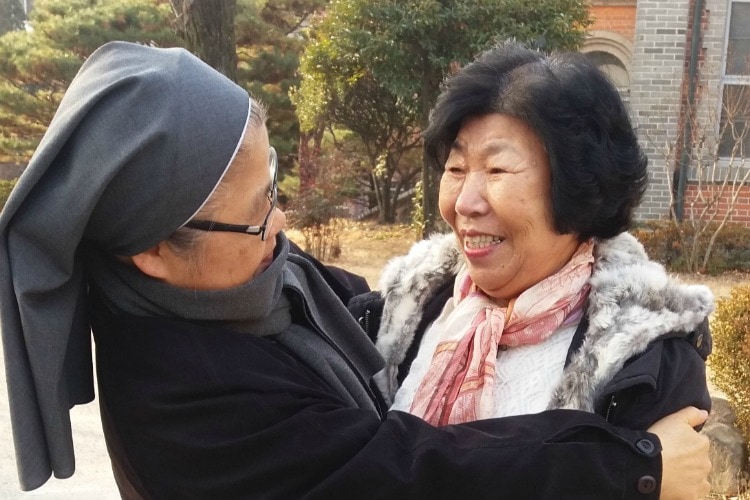 As others in the group wrote about contacting the nun, Lee decided, on a whim, to reach out to her as well.

Unsure if there would even be a response, Lee did not dream that the nun would be able to connect him with his blood relatives. He simply wanted to know if she had any more information about his first few years of life.

Lee was shocked to hear back from the nun just nine hours later. Not only had she found his birth mother’s name and phone number in Lee’s file, but within this short span she was also able to speak with her on the phone.

“Your mother was so touched and cried on the phone,” the nun wrote to Lee.

After 37 years of wondering who he really was, within a day Lee learned that his mother was a 75-year-old widow (now remarried) who had never forgotten about her beloved son. In fact, his mother had never given him up for adoption. He had been taken to the orphanage against her will.

In her first letter to Lee, his birth mother told of his early life and the circumstances that led to them being separated. After Lee’s father died, his mother was left bankrupt and without any support system. This forced her to flee Seoul to live with her sisters and their husbands in Daegu. However, the sisters’ husbands were not open to providing long-term care for Lee and his mother. Day-after-day, Lee’s mother strapped him to her back while searching for a job. But the murky economic landscape of the 1970s did not favor single women in the workforce.

One day, Lee’s mother left him in the care of her older sister while she, once again, sought employment. Sadly, the sister took Lee to the orphanage and requested that he be adopted by an American family. She told the orphanage that Lee’s mother had run away. 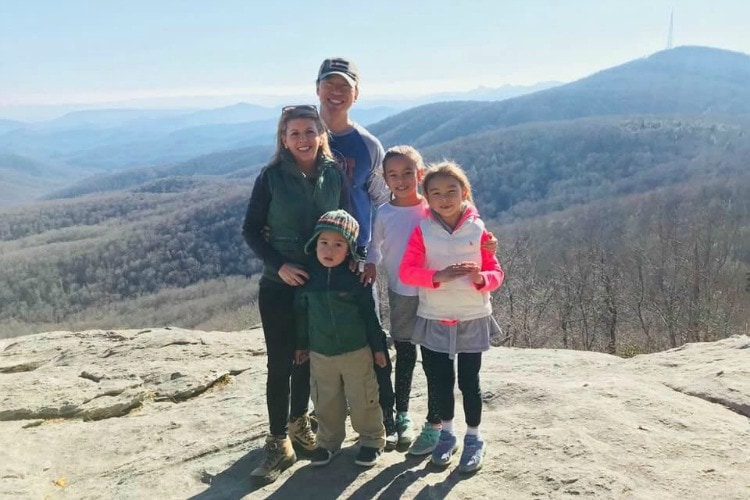 While Lee’s aunt gave him to the orphanage under false pretenses, Lee believes that she did so because she thought he would have a better life in America than what his widowed, jobless mother could ever give him in Korea. Still, hearing this news devastated Lee, as he realized that his mother had literally been looking for him for 37 years. It was against the rules of the orphanage to give out any information about Lee. The only way Lee’s mother would ever be able to reconnect with her son, the orphanage authorities told her, was if Lee came looking for her.

His mother waited 37 years for that to happen. When Lee was around 18 years old, his mother came to the orphanage, seeking if her now-adult son had come looking for her.

She was met with no news.

She returned a few years later. She had now gone more than 20 years without her son. “Was he still living? Did he remember her? Would they ever be reunited?”

Perhaps her now 26-year-old son had come looking for his mother.

The day the nun contacted Lee’s mother with the news that her son was seeking to find her felt as if he had been raised from the dead. 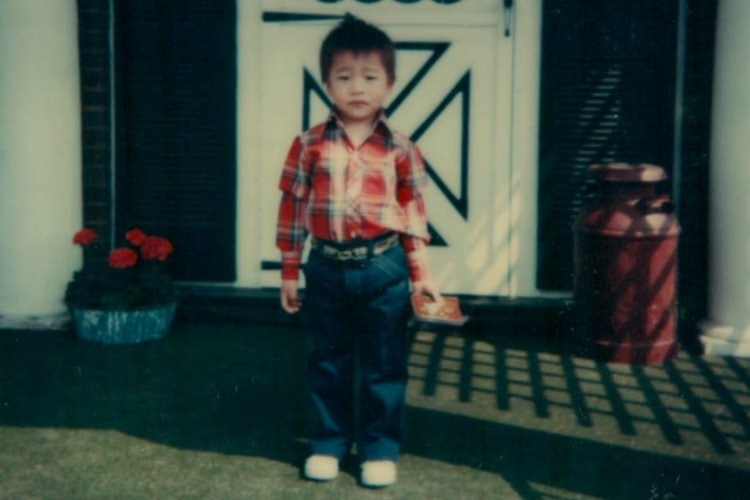 Lee’s mother had never forgotten her son, had never stopped loving him. The son who had believed the lies that he was unlovable, worthless, and easily discarded was not only loved, worthy, and accepted by the love of God—but he also had been longed for and grieved for by his Korean mother for nearly four decades.

Lee never imagined he would have the opportunity to be reunited with his birth mother. He only has memories of his adopted family—who he has always loved as his own.

Discovering that his birth mother was alive and looking for him came during an excruciatingly difficult time in Lee’s life: Just one month before he received news of his birth mother, Lee’s adoptive mother, Valerie Strouf, passed away after a one-year battle with pancreatic cancer. Valerie never saw Lee any differently than her own flesh and blood, and Lee felt the same.

Losing his mother of 37 years and finding his birth mother within a month of each other came with both great sorrow and great joy.

Because Lee’s birth mother is elderly, Lee and his wife Kelly have made the decision to visit her in Korea as soon as possible.

They are planning a trip to Korea from July 19-30, 2018, so they can meet their long-lost Korean family. Passionate about spreading the gospel of Jesus—which infused Lee with the hope he had been missing after his traumatic early life—the Koraks have decided to use this opportunity to also help with a Vacation Bible School mission trip organized by a Korean friend who attends Centre Presbyterian Church. 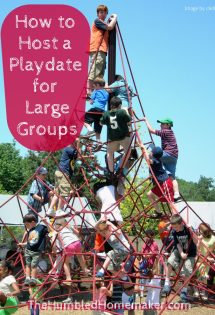 How to Host a Playdate for Large Groups 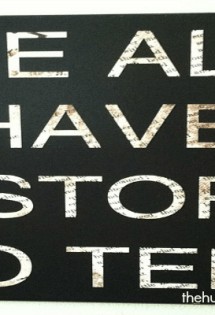 We All Have a Story to Tell 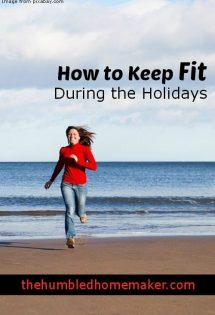