As a new mother, I prided myself on the fact that my 2-year-old had never had a full-blown ear infection.

A strong proponent of breastfeeding and having nursed her until she was almost 2, I just knew my milk had protected her from ever really getting sick.

And I just knew it would protect my newborn as well.

I never imagined how sick my new baby would be most of her first winter and into the spring.

And ear infections? She had several.

When I became a mother, I was surprised at how often my friends’ babies were on antibiotics for ear infections.

My first ear infection ever was when I was 24. I was living 12 hours away from my mama–and I cried like a baby wishing she were there to comfort me!

When my second daughter was diagnosed with her first ear infection at only a few months old, I was surprised yet determined to treat the infection holistically. She had already endured several months of yeast infections, so I knew her little gut health was off, and I didn’t want to introduce antibiotics into her system.

Determining the Cause of My Child’s Ear Infection

There are typically three causes of ear infections: bacterial (which, theoretically, antibiotics will help), viral (which antibiotics will not help) and allergen-induced (which are remedied when the allergens are removed).

The problem is that it’s difficult for many doctors to actually diagnose the cause of most ear infections. Unless there are signs of a virus or symptoms of an allergy, they may prescribe antibiotics.

Thankfully, my daughters’ pediatrician is integrative and was willing to work with us on alternative remedies—especially since it was pretty obvious her infections were viral. 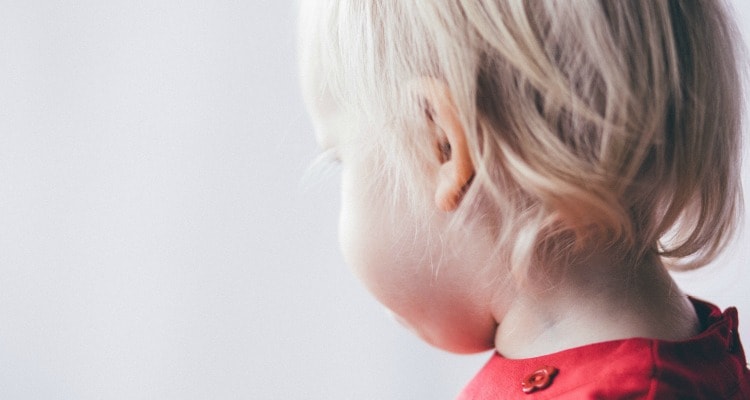 Under our pediatrician’s direction and the direction of our chiropractor, here are several remedies we tried to heal ear infections naturally:

Colloidal Silver is an immunity booster and natural antibiotic. We usually put 2 drops in each ear 2 times per day during an infection.

Garlic has many antibacterial properties. We purchased our garlic oil at our local natural health store, but you could easily make your own. Like colloidal silver, we would put 2 drops in each ear 2 times per day. We actually rotated with the colloidal silver, for 8 drops total per day.

During the birthing process, neck vertebrae can become misaligned, which can affect the eustachian tube. This may lead to fluid buildup and cause ear infections. Regular chiropractic adjustments can help realign those tiny spines and prevent recurrent ear infections.

At the advice of my massage therapist friend, I massaged the lymph nodes under my baby’s ear–in a downward motion. KerryAnn, of Intentionally Domestic, says: “I have the type that will make you want to bang your head on the wall, but if I do the massage 4-6 times a day, my ears stay clear and don’t hurt.” 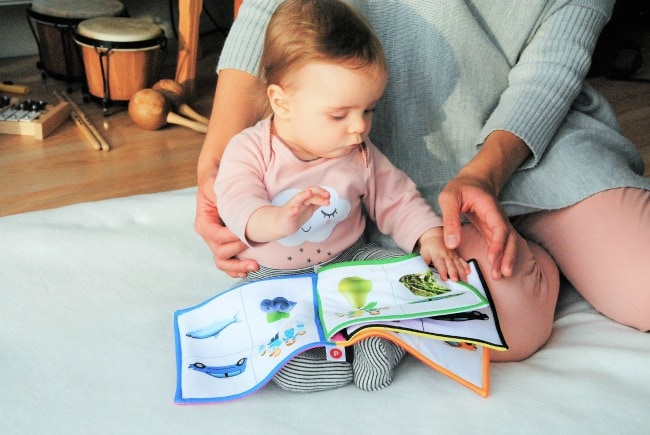 A Lesson in Humility

Did the above remedies work for my daughter? Well, yes…and no.

She ended up having three or four infections total, which, although it surprised me, my chiropractor insisted was not a lot for a child who had had RSV. In fact, she told me she had some patients who had upwards of 12 infections just last winter!

In the end, although her infections cleared, my baby’s doctor and chiropractor both felt she had glue ear, a sticky build-up of fluid behind the ear drum–that will not drain on its own.

Her doctor suggested that she see an ENT and have a hearing test.

She failed the test. The “glue” was hindering her hearing, which could potentially set her up for speech delays—or even lifelong hearing loss.

“I rarely ever say this, but you might consider tubes in her ears,” her chiropractor told me.

Tubes?! I thought. Not my daughter! I’m a natural mama! She’s not having tubes in her ears!

But after much research, prayer and talks with her doctors and chiropractor, we felt it was best.

And it was definitely a lesson in humility for me.

I’ve learned I can—and should—try natural remedies first. But, in the end, conventional treatments have their place as well. At that point, I was not willing to risk permanent hearing loss or speech delays for a 5 minute procedure that solved the problem.

Am I glad she had tubes put in her ears? Yes, I think she needed them.

But I’m also glad I tried every other remedy I knew of up until her procedure—and I avoided who-knows-how-many rounds of antibiotics.

The truth is—her infections cleared on their own. When the ENT exited surgery, he said her ears looked great. All he had to do was drain the glue.

What are your holistic remedies to heal ear infections naturally?

Other natural remedies posts from the archives: 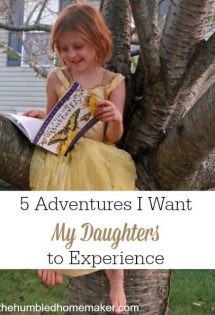 5 Adventures I Want My Daughters to Experience 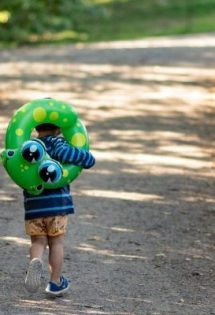 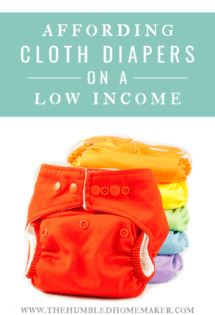