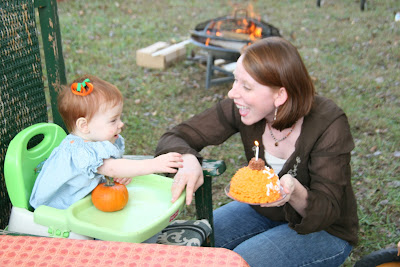 My Story
When I became a mom in 2008, it seemed like everyone had an opinion about everything when it came to raising our daughter.


“Let her cry it out!”
“Rock her to sleep!”
“Breastfeed! No, bottle feed!”
“Start putting cereal in her bottle at 3-4 months! She’ll sleep better!”


Some words of wisdom I followed. I let others go in one ear and out the other.


One of those was the whole “put cereal in the bottle” advice.


Now, I’m NOT saying anyone who did or does practice putting baby cereal in a bottle for their infant is wrong in doing so. I believe every parent should research and PRAY about what is right for their own family.


After prayer and research, I just didn’t feel right introducing solids at such a young age.Because I was exclusively breastfeeding, I felt like I could safely wait until at least 6 months.


And then start Little Girl on rice cereal. (Because that’s what everyone.else.did.)


So, I bought some Happy Bellies brown rice cereal and mixed it with my breastmilk.


She took a little but wasn’t too impressed.


Hmmmm….Maybe she isn’t ready, I wondered.


With Baby Girl, I decided I would wait as long as possible to introduce any solids. I wanted to be absolutely sure she was ready.


It happened that she probably was more ready around 6 months. She would practically beg for table food when the rest of us were eating!


I ended up stretching her out until almost 7 months. Her first food was banana.


When to Start
Next week, I’ll write more on what foods I believe are best to start with.


Regardless of the food choice, I believe it’s best for baby to show all of the following signs before starting solid foods:

I didn’t start either of my daughters on 3 meals per day. I started very slowly, and at least in the beginning months, I always breastfed before a meal.
But won’t baby fill up on breastmilk and not want to eat? You may ask.
I personally believe the nutrients in breastmilk far outweigh the nutrients in the table food for babies. I see eating solid foods as practice for baby.
Breastmilk should still be the main source of nutrition.
Come back next week to read about what foods to start out with!
When did you start feeding your baby solid food? What led you to that decision? 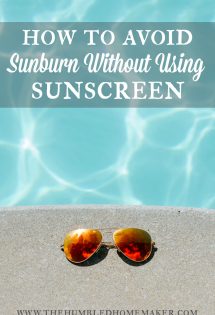 How to Avoid Sunburn without Using Sunscreen 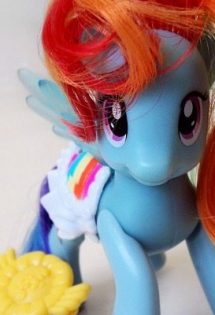