My hubby works 5 1/2 days a week. He teaches Spanish Monday through Friday and runs Saturday school on Saturday mornings.

Since our girls aren’t in preschool or Mother’s Day Out, that means there is little “mommy time” each week.


I have struggled with feelings of desiring to have some alone time. I’m a people person, so it’s not that I *need* that much time to myself to feel energized.


Being with people is what energizes me the most. 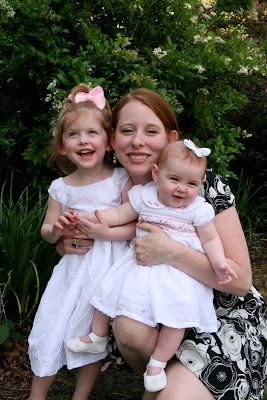 But by the time Saturday afternoons roll around, sometimes I just want a little break. Last Saturday was one of those days.

(Even as I write this, I feel very guilty! I LOVE my girls so much. Is it OK to want some alone time once in a while? I struggle with this.)


My sweet hubby came home from work, and I asked if I could go to a coffee shop for a couple hours. (As if he doesn’t need a break either? He *is* the one working full-time!!)


He said he would love to watch the girls. So, I set out with excitement! Traffic was heavy, so instead of the typical Starbucks or Caribou, I headed in the opposite direction to the drive-through coffee shop en route to my favorite childhood hang-out–the public library.

When I got there, it was CLOSED. Ugghhh…now I only had an hour left, and there wasn’t another coffee shop in this part of town.


I remembered a little cafe and realized it would be the perfect nook for some mommy time.


I get there–and it’s CLOSED as well.


I stopped the car right in front of it and just put my face on the steering wheel.


(I felt a little like LeighAnn @Intentional by Grace did on her outing to Panera a few weeks ago!)


Just then, the phone rang. It was my friend Janet. She’s my friend who’s a few steps ahead of me in life. She’s nearly 40, a pastor’s wife and a homeschooling mom of 4. And she’s one of the most grace-filled, wisest women I know.

I told her just how I felt.


And she told me my feelings were…normal.


She said it was OK to want some alone time every now and then.

To be honest, I feel like if I were doing better at maximizing my mornings, this wouldn’t be as much of an issue. But I’ve been staying up WAY too late and not getting up early enough to spent the quality (and quantity) time I need with just me and the LORD.


Janet gave me grace. She has been there. Actually, in many ways she still is–her oldest is 10 now, but her youngest is 3. She and Little Girl were born the same week.

I’m so thankful for Janet. I believe everyone needs a friend who’s “been there, done that”–a friend who’s a few steps ahead of you. A friend who can speak grace, truth and love from the Lord into your heart.

Do you have a friend who’s a few steps ahead of you in life?


I’m linking up with: Growing Home.


Did you hear about the great sale over at Keeper of the Home for the remainder of the Plan It, Don’t Panic challenge? Stephanie’s selling her Real Food on a Real Budget ebook for 50% off! I own and LOVE this book! Use code MEALPLAN50! Get the book here. (This is my affiliate link.)
Do you enjoy reading The Humbled Homemaker?  Subscribe to receive posts: 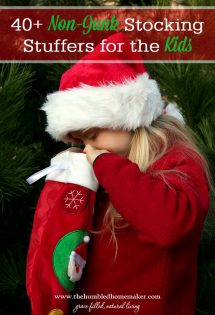 Non-Junk Stocking Stuffers for Kids: 40+ Ideas to Get You Started 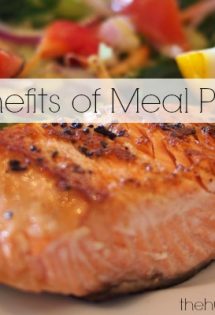 The Benefits of Meal Planning 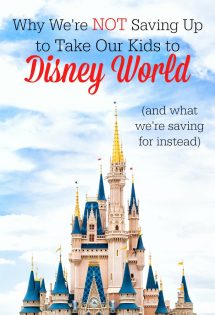 Why We’re NOT Saving Up to Take Our Kids To Disney World
Previous Post Gallo Pinto: A Traditional Costa Rican Breakfast
Next Post Decorating with Nativities from Around the World